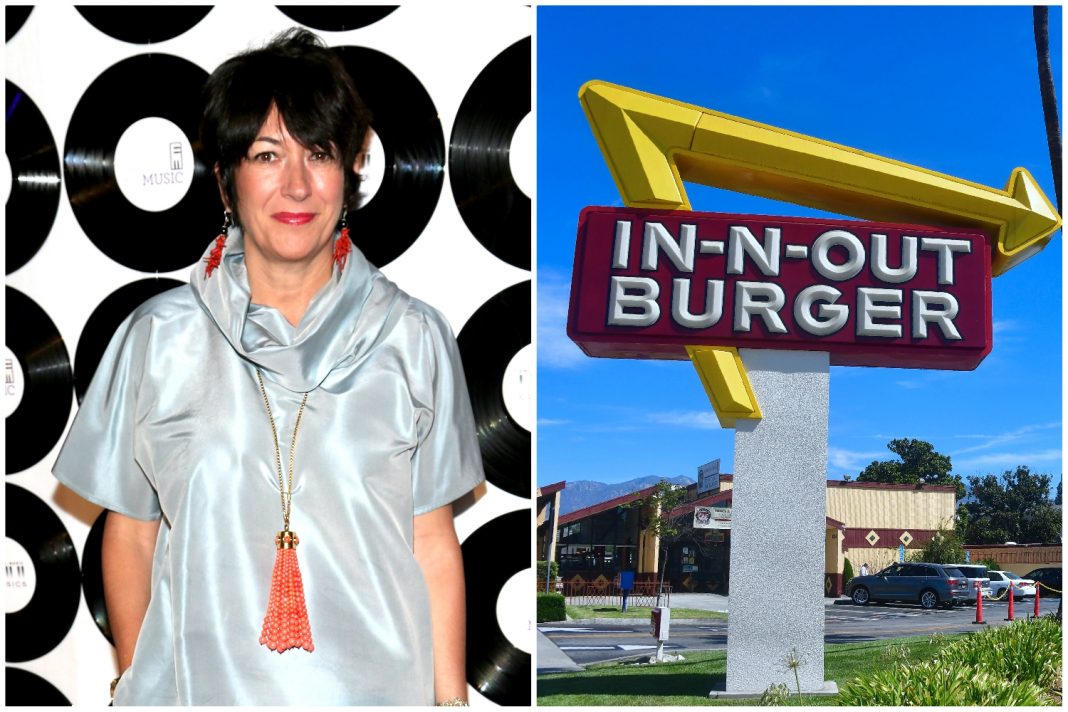 Ghislaine Maxwell, the ex-lover of Jeffrey Epstein who has been accused of procuring underage girls for the sex predator and of taking part in their abuse, has been spotted for the first time since going off the grid months ago. The 57-year-old socialite, who’s been photographed partying with everyone from Donald Trump to Elon Musk over the years, was noshing on a burger at the In-N-Out on Cahuenga in Universal City on Monday, the New York Post reports.

When a keen-eyed diner snapped a shot of Maxwell—the first one taken in public since 2016—she remarked, “Well, I guess this is the last time I’ll be eating here!” She was sitting with a small dog and reading a book about the CIA. Until recently, she is believed to have been living in the Manchester-by-the-Sea, Massachusetts, home of tech CEO Scott Borgerson, who has denied being in a romantic relationship with Maxwell.

Maxwell has not been charged with any crime in connection with Epstein, who apparently killed himself in a New York City jail cell on August 10, though she was sued by two Epstein accusers in 2015, who said she had launched a smear campaign against them to discredit their claims.

Araoz claims that Epstein assaulted her in his NYC Mansion when she was 14 and 15, including forcibly raping her in 2002. The complaint filed Wednesday alleges that Maxwell and the staffers “conspired with each other to make possible and otherwise facilitate the sexual abuse and rape of Plaintiff.”