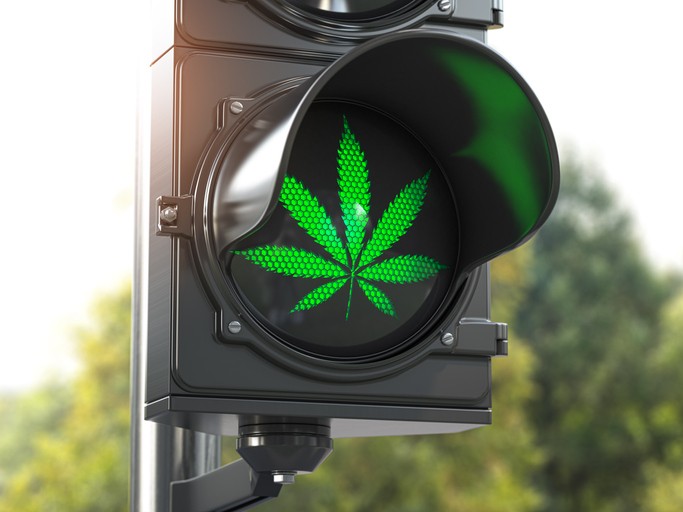 Not a moment too soon in a highly stressful political season, Senate leaders Thursday took a big step toward a nationwide decriminalization of marijuana with the introduction of the Cannabis Administration and Opportunity Act. If passed, the bill would decriminalize pot on national level, while allowing states to set their own anti-weed laws without fear of federal punishment, Politico reports.

Federal law banned marijuana some 50 years ago, and partial or complete reversals of this status have been the subject of bipartisan debate for over a decade. Senate Majority Leader Chuck Schumer (D-N.Y.) drafted the legislation with Cory Booker (D-N.J.) and Ron Wyden (D-Ore.) over a year ago, and though it is unlikely to pass the Senate in its current form, this bill will have a role in shaping debate about the topic. This in turn could see some elements appear in later bills throughout the year.

As is not uncommon with drug laws, the CAOA has elements attractive to both sides of the Congressional aisle: expunging federal charges for ganja-related offenses while helping fund law enforcement efforts to curb illegal growing of the Chronic. As hinted by the “opportunity” in its title, the new bill also attempts to square the circle of small business growth and war-on-drugs excessive sentencing: offering grants to small businesses that enter the ganja industry from communities disproportionately hurt by past drug laws.

The bill also has a public health component, mandating that the Department of Transportation research and develop a nationwide standard for marijuana-impaired driving, while restricting the marketing of sweet leaf to minors.

“When a state like South Dakota votes by referendum to legalize, you know something is out there,” Schumer told Politico last year. “The American people started speaking sort of with a clear message. More than two-to-one, that they want the law changed.”

In this, as in recent judicial decisions, Washington, D.C. is out of step with the preferences of most Americans. States passed laws decriminalizing reefer in a raft of local decisions throughout the last decade. As of today, 19 states allow anyone 21 and over to use and possess marijuana—such as California, where one may enjoy everything from Orange Push Pop to Ice Cream Cake to Sour Diesel X Animal Cookies without being hassled by the Man.

Meanwhile, 37 states have legal medical Mary Jane programs. Polls continue to show that around two-thirds of Americans prefer legalization, while younger voters poll even more strongly in favor of such laws.

But pros and cons on Capitol Hill don’t break down to red v. blue.

Democratic Sen. Jon Tester of Montana, where pot is legal, is opposed to federal legalization, and Politico reports that other Senate Dems are also against legalization or remain undecided, including Sens. Jeanne Shaheen (N.H.), Joe Manchin (W.Va.) and Bob Casey (Pa.). Without all these pols on board, plus ten Republicans, Schumer’s high is likely to be harshed. Yet hope remains for similar bills in the future.