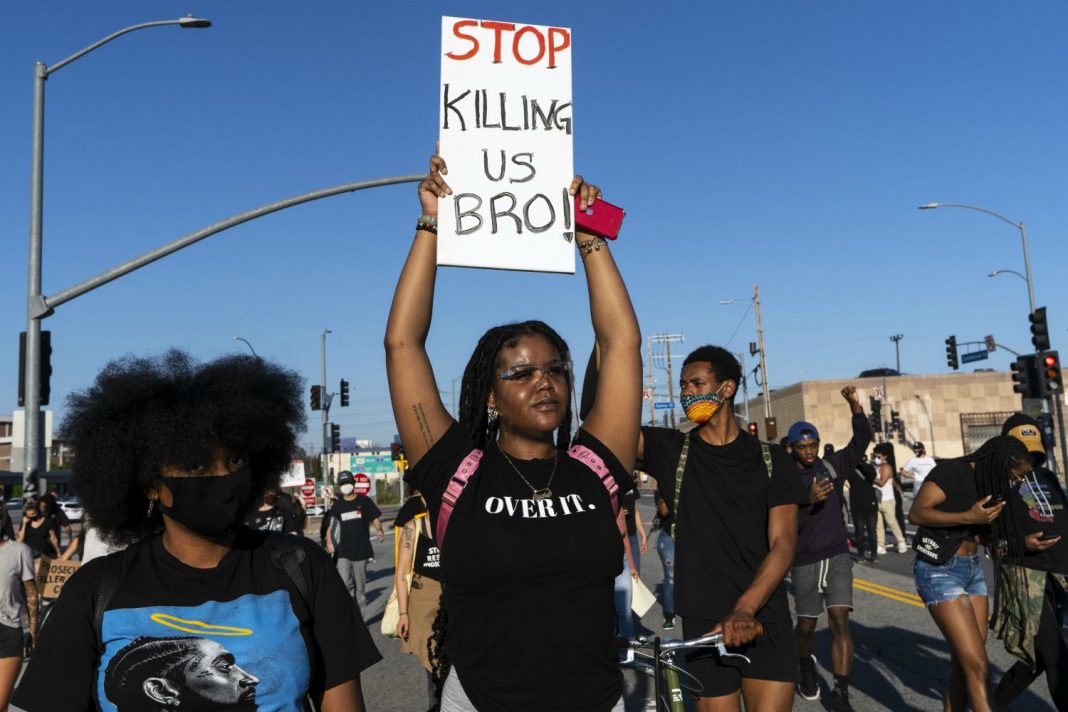 California lawmakers are considering a bill that would enforce strict penalties for police who witness their fellow officers engaging in excessive use of force but fail to intervene.

Democratic assemblyman Chris Holden of Pasadena says he authored Assembly Bill 1022 in reaction to the murder of George Floyd by a Minneapolis police officer while three other officers watched.

“We were outraged when we watched the killing of George Floyd by a Minneapolis police officer from a knee to the neck,” Holden said in a statement. “Equally disturbing, was the lack of intervention from the police officers who witnessed a clear use of excessive force.”

If the bill passes, cops who fail to intercede when they witness excessive force could receive the same disciplinary actions as the officer who committed the violence—including facing criminal charges and being banned from law enforcement.

The law would also prohibit retaliation against officers who report violations, as well as establishing a website where the public could file complaints and search public records using an officer’s name.

The proposal is meeting resistance by many in law enforcement, who contend that most police departments in the state already have regulations and training that address excessive use of force. The bill’s opponents also say that the George Floyd case is an anomaly because the officers who did nothing had time to react, while the bill doesn’t take into account that officers usually have to make a split-second decision.

In a statement, the board of directors of the Los Angeles Police Protective League told the Los Angeles Times, “This misguided proposal criminalizes officers who may not have a complete understanding of the incident and have different viewpoints. Strong policies, robust training, and fair discipline is far more appropriate than criminal sanctions.”

Ed Obayashi, who trains police across the state, says the measure is “impractical” and points out that it can be impossible for cops to assess whether another officer’s actions are proper in the heat of a chaotic situation.

“It’s a slippery slope,” he told the Times, “because what are you going to say, that you’ve got 30 officers in a skirmish line and one deploys a projectile and it hits someone in the head. What are the other officers supposed to do?”

Police also take issue with Holden’s insistence that, “There needs to be physical intervention” when one officer sees that another may be going too far.

Pasadena Police Chief John Perez tells Pasadena Now, “The intervention part [of Holden’s bill], it starts with a very confusing aspect. It’s a good start, to talk about intervention—it just needs a lot more detail, because it’s unclear as to what that means.

“Physical intervention is about changing the direction of the techniques being used. If an officer is punching a suspect for some reason, the officer arriving on scene, he’s got to assess that. He doesn’t know why that’s happening.”

Ultimately, Perez says that legislation alone won’t prevent abuses by the police: “There’s no policy that smells really good like the best cologne or roses that’s going to guarantee the best outcome. It is the training, the practice, the culture of the organization, and clearly the last resort, the last part, is the officer’s decisions on scene.’’