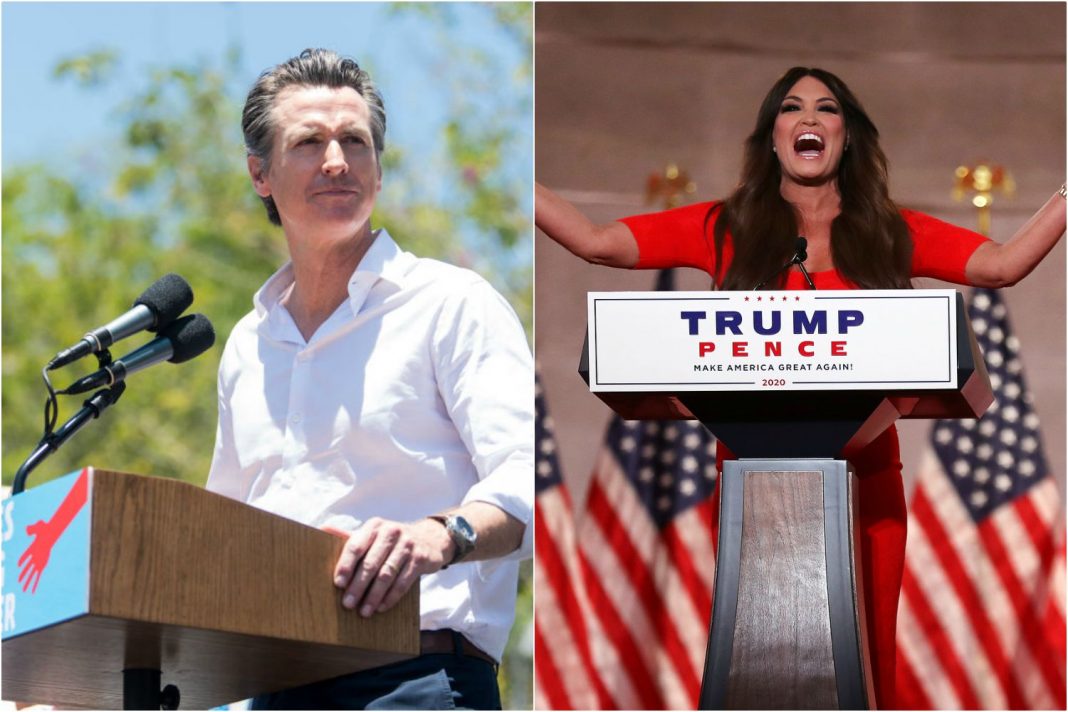 Since she took the stage at the Republican National Convention on Monday night to yell into the void about how “THE BEST IS YET TO COME” during a second Trump term, Kimberly Guilfoyle has inspired an internet’s worth of think pieces and memes (remember Rita Repulsa?). But there’s one person who doesn’t have much to say on the subject: Guilfoyle’s ex-husband, California Governor Gavin Newsom.

During a press conference on Wednesday, Fox 11’s Elex Michaelson volunteered to “jump on the grenade” and ask the question that everyone presumably wanted to ask while they instead asked questions about COVID-19. Before Michaelson got to his point, Newsom said, “You don’t have to, you don’t have to.”

But Michaelson persisted: “I’m curious if you are watching the RNC and if you had a response to your ex-wife [Kimberly Guilfoyle] who said in prime time the other night that California is a land of discarded heroin needles in parks, riots, and streets and blackouts in homes.”

I asked @GavinNewsom to react to his ex-wife @kimguilfoyle calling California "a land of discarded heroin needles in parks, riots in streets and blackouts in homes?"

"Let me extend appreciation for your efforts to get me to respond and I respectfully defer to the next question" pic.twitter.com/KRYhvdTnni

“This may leave you wanting,” Newsom replied, “but let me first acknowledge that I appreciate you saying, ‘Landing yourself on the grenade,’ and let me just extend appreciation for your effort to get my response, and respectfully defer to the next question.”

I can’t say whether it left Michaelson wanting, but it certainly disappointed all the people who are fascinated by the odd (former) couple’s relationship.

Married for roughly six year beginning in 2000, Guilfoyle and Newsom were San Francisco’s first couple for two years after Newsom was elected mayor of the Bay Area city. They divorced in 2006, citing the strain of a bicoastal relationship (at that point, Guilfoyle was working on the East Coast as a correspondent for Court TV).

Guilfoyle, formerly a card-carrying member of the West Coast “liberal elite” we’ve all heard so much about, is currently dating Donald Trump Jr., while Newsom went on to marry actress and filmmaker Jennifer Siebel Newsom.