Home Health Gov. Gavin Newsom: ‘We’re Not Waiting Around for the Federal Government’ 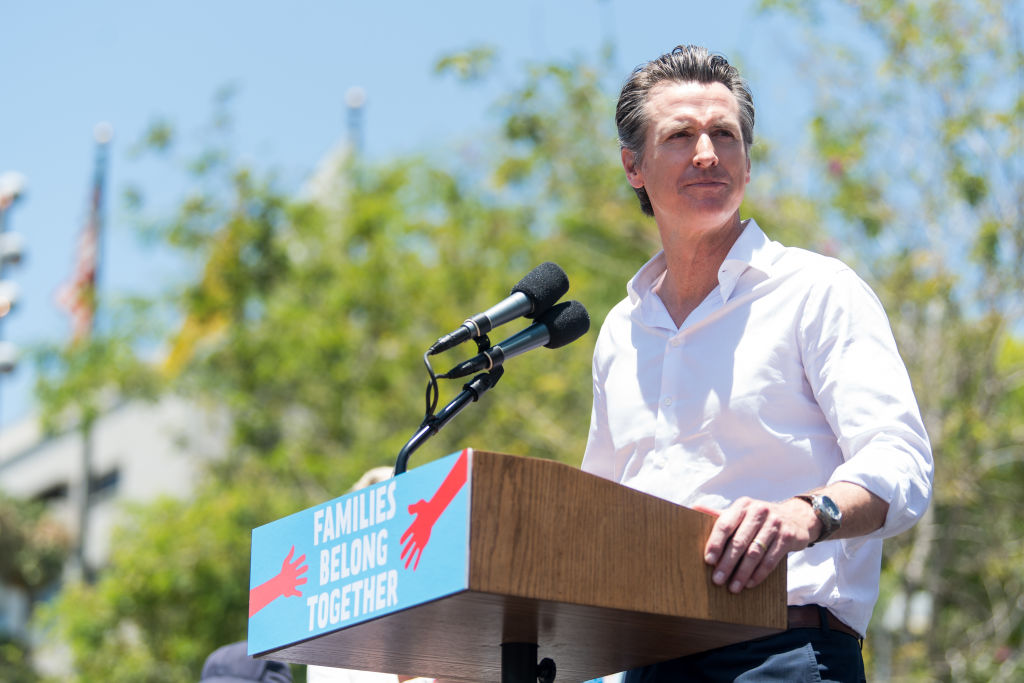 During an appearance on Monday’s The Daily Show—currently broadcast under the name The Daily Social Distancing Show—Governor Gavin Newsom laid out the grim state of affairs when it comes to federal assistance in California’s fight against COVID-19.

“We have not received any ventilators in a state of 40 million to meet our needs,” he told host Trevor Noah. “There were 170 ventilators that went directly to L.A. County—just a couple days ago, they opened the boxes and found out none of them worked.”

Newsom then described how he and local officials sent the broken units to Bloom Energy’s fuel-cell generator repair site in Sunnyvale to be fixed and shipped back to L.A. by Monday.

With the state facing this unnerving dearth of proper equipment, Newsom emphasized that, “The most precious resource is people.”

To that end, Newsom established the California Health Corps on Monday, telling Noah, “There’s no way we can meet the moment unless people that are recently retired or people who are in the middle of credentialing and licensing start to enter into the work force […] so we can get thousands and thousands of phlebotomists, pharmacists, paramedics, EMTs, nurses, and doctors into the workforce over the next couple of weeks.”

Returning to the topic of the Trump administration’s seeming reluctance to exert its full power in aiding the states, Noah said, “One of the most confusing conversations happening right now in America is the battle between governors/states and the president/the federal government.”

“We’re not waiting around for the federal government,” Newsom replied. “We need support, but at the end of the day we have to be resourceful in our and our approach and use all the tools in our tool kit,” he said.

Perhaps mindful of Trump’s scorn at anything resembling criticism, Gavin was quick to add, “All that being said, I want to thank the president in this respect. We got that USNS Mercy, that large hospital ship—a thousand bed capacity—into L.A. a couple of days ago.”

Calling the naval assistance “the kind of thing we do count on the federal government for,” Gavin warned that we’re still pretty much on our own, saying, “Beyond that, we’re gonna be as resourceful as we can be.”

Noah then cited Newsom’s prediction that 25 million Americans could get the coronavirus, and asked, “Do those numbers still look as dire, or do you think that you have done enough to stave off the pandemic from growing?”

“Good enough never is,” Newsom replied. Measures like “Safer at Home” and physical distancing “has bought us time,” he said, “but we’re not out of this by any stretch of the imagination.”

Will Gov. Newsom Fumble That Sweet, Sweet $97.5B Budget Surplus?