Home News & Politics The DA’s Office Is No Longer Sending Representatives to Parole Hearings. A... 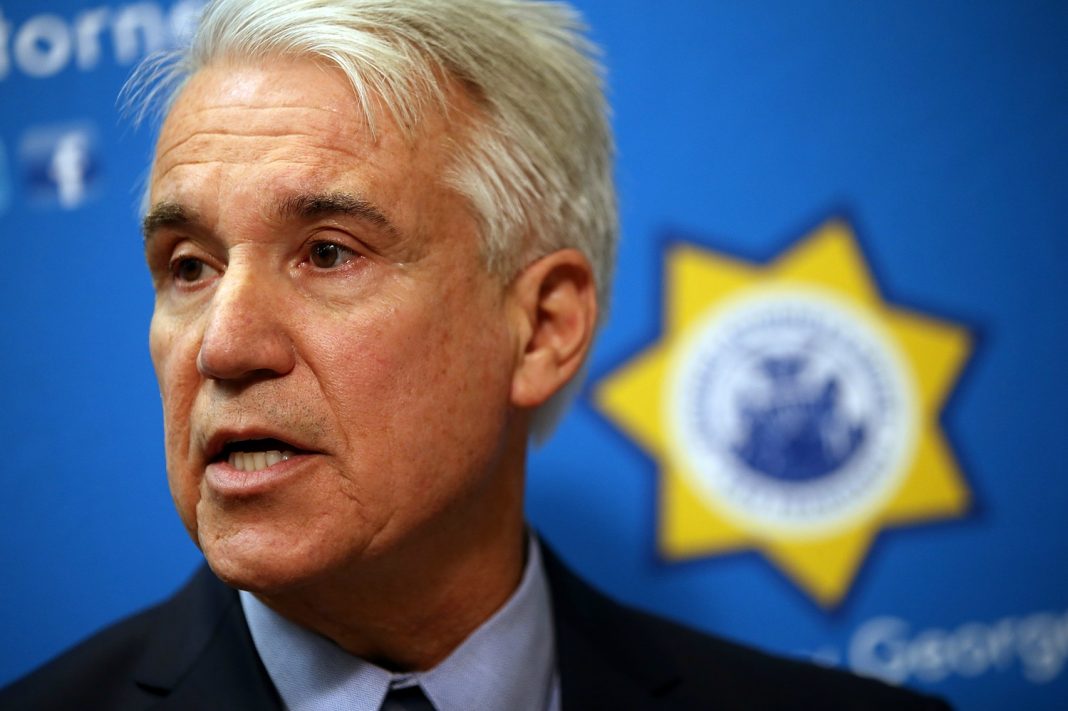 Los Angeles County District Attorney George Gascón came to the job promising sweeping changes, and so far he’s been true to his word. Since he took office in December, the new DA has instituted a dizzying number of changes from revoking cash bail to banning new death sentences, generating considerable controversy in the process. He recently came under fire from gay rights advocates for scrapping sentencing enhancements for hate crimes, and was rapped by his own deputy DAs for dismissing gang enhancements and firearm allegations from pending criminal proceedings. But it’s a change to the department’s parole procedures, quietly announced last December 7, that may set off the biggest firestorm yet.

For decades before Gascón’s arrival, the prosecutor’s office routinely sent representatives to hearings to argue against early release of offenders. But Gascón’s edict puts an end to that practice. Instead, the department’s new “default policy” compels prosecutors to “support in writing the grant of parole” for every person who has “already served their mandatory minimum period of incarceration.” (If the person represents a “high” risk for recidivism, the new policy says, prosecutors “may take a neutral position on the grant of parole.”)

Gascón and other progressives argue that reflexive opposition to parole results in unjustifiably long prison sentences and does harm to communities. But the prosecutor’s absence from an upcoming parole hearing for a child rapist may be harder for him to defend. The case involves Ruben Beltran, a 46-year-old San Fernando Valley handyman and ex-Marine who was convicted in 2004 of sexually assaulting a brother and a sister, ages 8 and 6.

After serving 16 years of 15-to-life prison sentence, Beltran was up for parole in March. In December, the mother his two victims was one of the first Angelenos to learn that prosecutors are now barred from attending parole hearings. On December 8, the mother got a phone call from the deputy DA who had successfully prosecuted Beltran, informing her that the office will not be supporting the family at the upcoming parole hearing.

Stunned by the news, she called Gascón, wrote letters to the L.A. County Board of Supervisors, and tried to hire a lawyer. Beltran, the mother said, insinuated himself into her and her children’s trust at a time when she and her husband were newly divorced.  “This isn’t someone who made a mistake,” she told Los Angeles. “He’s someone who appears to be very kind and loving but is calculating and vicious, and he can sense when someone is vulnerable.”

On January 21, at the victims’ request, Supervisor Kathryn Barger sent a letter to Gascón asking him to make an exception in the Beltran case. “I am concerned that this lack of representation for survivors, in this case and in others, will lead to more victimization among our residents,” she wrote. As of January 31, neither she nor the victims’ mother had received a response.

Contacted by Los Angeles, Gascón’s office declined to comment on the Beltran case, but Alex Bastian, a special advisor to the DA, noted in a written statement that the parole board has access to information on the offender that is more up to date and comprehensive than what is available to the prosecutor’s office, and thus board members are better equipped to “objectively determine whether someone is suitable for release.”

“If an individual seeking parole has not been rehabilitated, the parole board would correctly not find them suitable for release. In fact, more than 85 percent of the time, parole is denied,” he said. “Heinous crimes against children are heart-wrenching and can leave victims and their families grief-stricken for life. That is exactly why the District Attorney is so focused on ensuring that our victims are provided trauma-informed services by our office’s Bureau of Victim Services.”

The outraged mother initially tried to hire her own attorney to represent her at the hearings, but couldn’t afford the expenses. Instead, she is getting legal help from a group of retired prosecutors who’ve stepped in to advocate pro bono on behalf of victims at parole appearances. Anne Ingalls, a 30-year prosecutor who oversaw the Rampart scandal cases, is representing the family. Ingalls was motivated to get involved after the parole board granted a release date to a convicted murderer she successfully prosecuted in the 1990s. But, she says, the DA’s office is better positioned to help the victim prepare for the hearing because the prosecutor is the only party to have early access to the risk assessment report, the forensic psychologist’s interview, and other documents about the inmate that no one else can obtain except the parole board or the defendant’s team. “As her representative I would be pretty much operating in the dark,” she admits. “I could ask no questions to challenge or underline certain things said by the inmate which may show he is sanitizing his version of events or partially blaming the victim.

Already, the Beltran case has been taken up by right-wing activists who have been gunning for Gascón. Just this week, Los Angeles County Sheriff Alex Villanueva announced that his department would begin sending representatives to parole hearings to give victims’ families “a voice.”

In the Beltran case, at least, the furor may be premature. A few weeks before the hearing the parole board announced it was postponing the proceeding for 12 months to give the inmate and his defense team more time to prepare. The victims’ mother says the delay has given her more time to process the shock. “It feels like a David and Goliath situation,” she says. “And it’s not just going to affect me or my kids, it’s going to affect everybody in our position. The human cost of what Gascón is doing is unbelievable.”