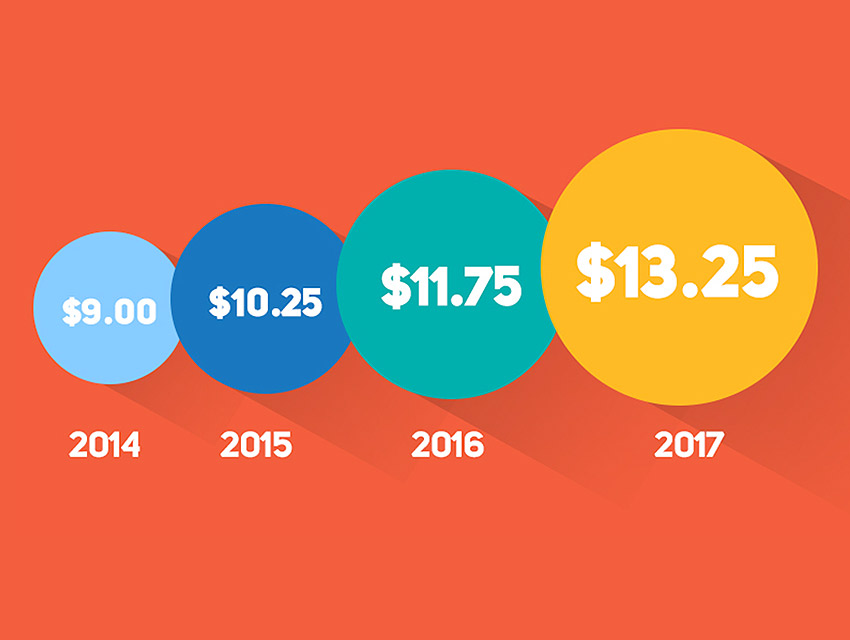 In what he’s calling the “largest anti-poverty program in the city’s history,” mayor Eric Garcetti has announced a plan of attack regarding minimum wage in Los Angeles County. The strategy, which seeks to boost the wage requirement from $9 to $13.25 per hour by 2017, would help the nearly 567,000 workers who “earn minimum wage but can’t live off of it,” according to Garcetti.

The mayor’s proposal, dubbed Raise The Wage LA, would bump earnings up by $1.25 (to $10.25) in its first year, with an additional $1.50 being added to paychecks each of the following two years. A successful campaign will see Los Angeles’ minimum wage set significantly higher than the national average, which currently sits at $7.25.

According to a policy brief commissioned by the mayor’s office and prepared by researchers at UC Berkeley, Raise The Wage LA will grow the incomes of those 567,000 Angelenos by an average of $3,200 per year (about 21 percent). After 2017, remuneration will remain in line with the Consumer Price Index for Urban Wage Earners and Clerical Workers.