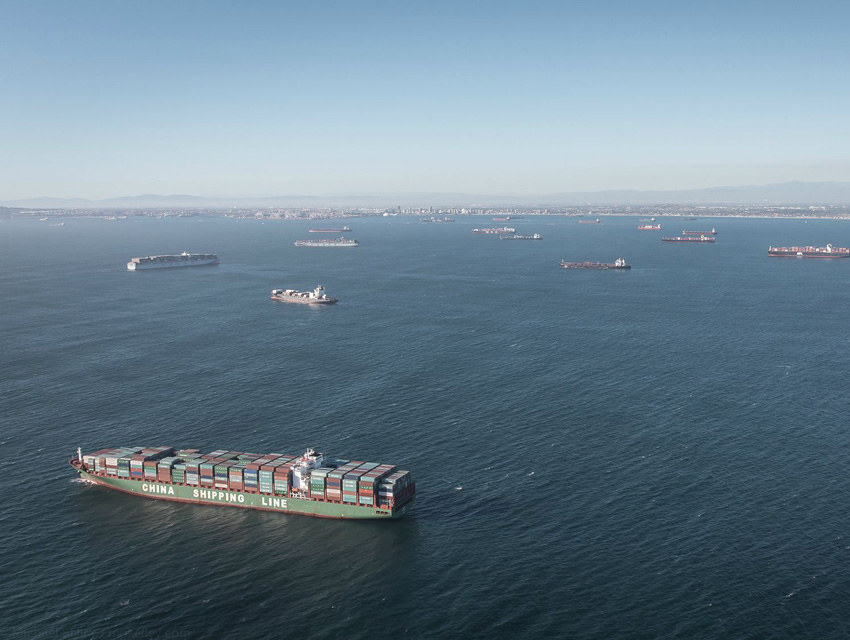 Photo by mpkelley via imgur

Cargo ships remain backed up and trucks are still idling at West Coast ports, including the Port of Los Angeles, the nation’s biggest. Now, Labor Secretary Thomas Perez and Mayor Eric Garcetti are working to bust the costly labor dispute, which has cost American businesses hundreds of millions in lost revenue—consumers are now feeling the pain, with companies like Perry Ellis saying customers are waiting weeks for purchases. (Check out some recent shots of the back up in San Pedro above.)

Perez and Garcetti are attempting to broker a deal between 20,000 workers in the International Longshore and Warehouse Union and the Pacific Maritime Association, which operates 29 West Coast ports. At issue is the role of arbitrators and who would get to fire them.

The situation at the ports is growing so dire—workers have been without a contract since June 30—that there is talk of a “Taft-Hartley.” That “nuclear option” would have President Obama dealing directly with the negotiations, though a strike or lockout would need to occur first (we’re just dealing with a slowdown now).