Home Uncategorized Funeral for the Forgotten Dead: A Powerful Moment of Both Sorrow and... 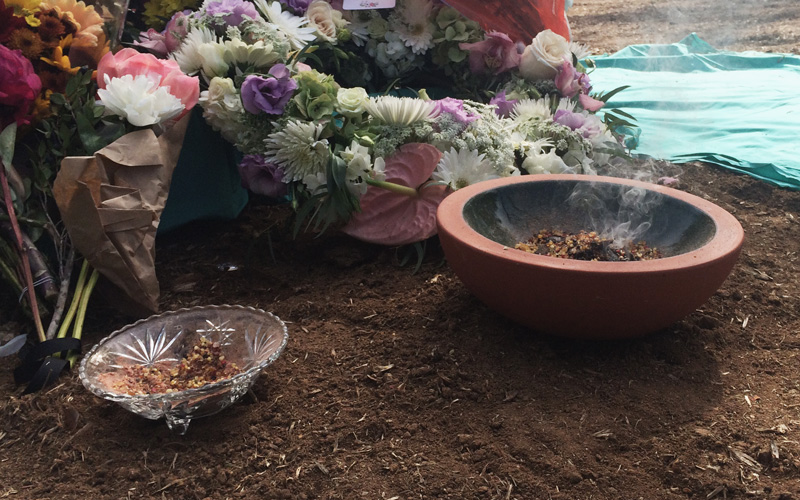 In the shadow of the crematorium, its chimneys cold, a crowd gathers around a mass grave. Univision , Telemundo, and ABC vans are parked on the browning grass nearby. L.A. Times photographers duck and kneel. The rest stand in silence—county employees, representatives of various faiths, a professor of gerontology and her student, the curious, and the respectful. In silence they honor the city’s forgotten dead. In L.A. County more than a thousand bodies are left unclaimed every year. Some who die forgotten are homeless. Many are elderly, left in nursing homes for their final days. Others are stillborn babies, undocumented immigrants, and homicide victims. If the coroner’s office can’t locate the next of kin, or if family will not claim the remains (they may be unable or unwilling to pay mortuary fees), unclaimed persons are shipped to the Los Angeles County Crematorium Cemetery, a five-acre, county-owned plot at the southernmost end of Evergreen Cemetery in Boyle Heights. Once cremated, the remains are housed on site. The name and the dates of birth and death of each person are logged by hand in heavy books, as they have been since 1896. If the ashes remain unclaimed for three years, they’re buried in a mass grave marked by a small plaque embossed with the year of cremation. This annual public ceremony is held to pay respects.

Many faith traditions are represented for this year’s observance on November 30. As we stand around the simple grave for the 1,430 forgotten dead from three years ago, a Jewish prayer is sung in Hebrew, a song of the Yokut people is performed, and the Christian Lord’s Prayer is read in multiple languages. There is a Buddhist song, the Islamic funeral prayer, and a recitation of Maya Angelou’s “Still I Rise.”

It’s a moment of uncommon unity. Rarely do we mourn universally, confined as our funerals are within our own distinct faith traditions, and our own families. But here, practitioners of all faiths are humbled. For most of us, if not all, there is no tangible loss in the passing of these forsaken men and women, now ashes in a plastic box, whose names to us mean nothing. There is no void left behind by a loved one departed, no upended, empty life. We come, we stand and listen, maybe hum along, and we return to our routines. The sadness felt here is subtle—a sadness stemming not from any particular death, but from the knowledge of death itself. The latter half of closing proclamation, that “Everyone who comes to this county will be welcomed in life and remembered in death,” rings hollow. After all, those we forget in life have nothing to gain from our remembrance of their death. And yet, in gathering together, there is a sense of significance in showing that we care—even retroactively, even if it’s too late—for the forgotten among us.