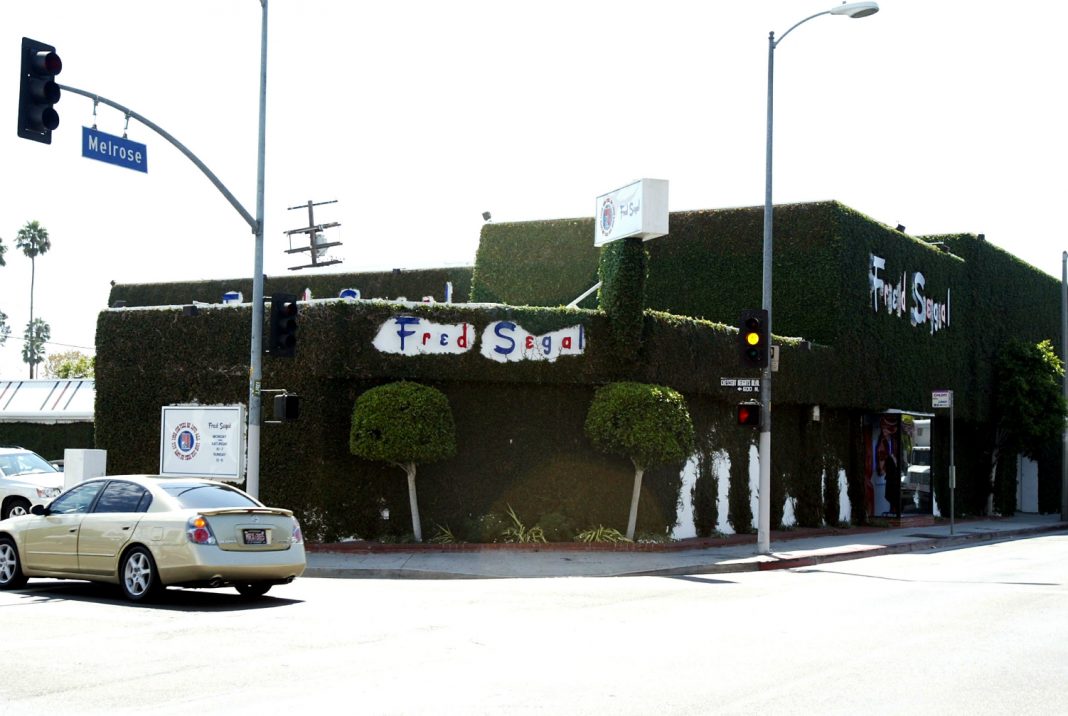 Since the 1960s the Fred Segal at Melrose Avenue and Crescent Heights Boulevard has been an L.A. landmark, instantly recognizable with its red-white-and-blue sign and ivy-covered exterior. But now it’s at the center of a nasty legal battle.

“I want my sign back,” says Jeff Lotman of Global Icons, the company that now owns the Fred Segal name.

For decades Fred Segal himself owned the building and his brand, but he sold both, in 2001 and 2012, respectively, and each asset went through a series of owners. The Melrose property is now held by Canadian firm CormackHill, while Global Icons snapped up the rights to the brand earlier this year.

Lotman plans to grow the fashion brand around the world, and he insists the only true current SoCal locations are those at LAX, in Malibu, and on Sunset Boulevard—not the Melrose original.

The law seems to agree. Last year a judge ruled in favor of Global Icons, but the Canadian company has appealed. The case is expected to be decided sometime later this year.

Adding to the turmoil is the fact that two key retailers—Ron Robinson and Ron Herman—still maintain shops inside the complex. “People think they are still shopping at Fred Segal,” Lotman scoffs.

For his part, Jason Cormack of CormackHill is optimistic he’ll win. “We are doing everything we can to fight this absurdity,” he says, “so we can get to work on bringing new energy to the location.”

Clarification: This post has been updated to more accurately represent the outcome of last year’s court case.

RELATED: Where to Find L.A.’s Most Instagrammed Walls