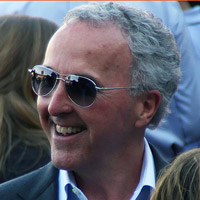 After a two-year battle to maintain ownership of the Los Angeles Dodgers, Frank McCourt has agreed to sell the team. The LA Times reports McCourt and Major League Baseball have agreed to seek approval from the U.S. Bankruptcy Court to auction off the team, Dodger Stadium, and its parking lots. The sale could raise upwards of $850 million, more than double what McCourt paid for the package in 2004 and could put a new owner in place by Opening Day 2012.