Home Urban Development Frank Gehry Promises Not to Turn the L.A. River Into a Solo... 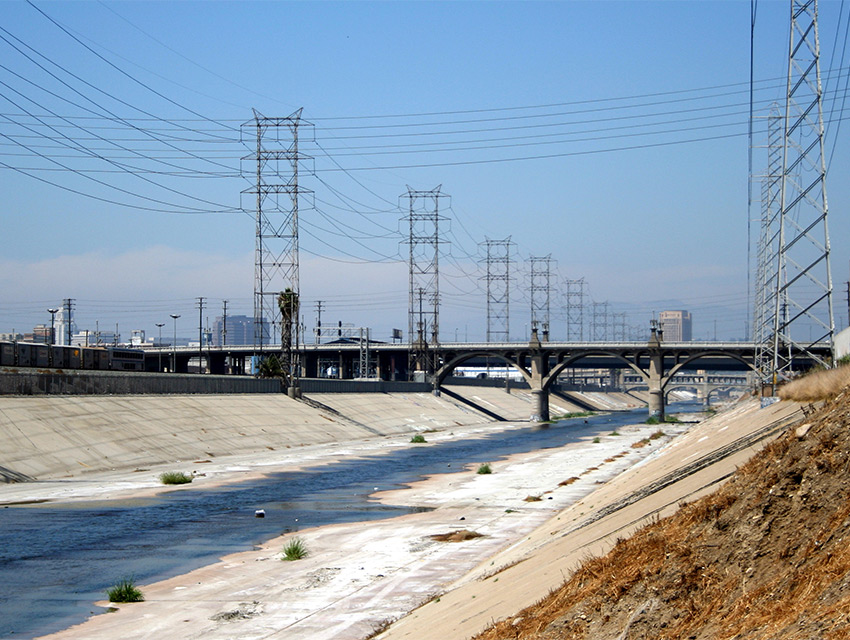 Frank Gehry was surrounded by supporters as he received the Museum of California Design’s “Henry Award” for outstanding design work on Sunday afternoon. Not everyone, though, is praising Gehry these days. The 86-year-old has drawn ire for working secretly (albeit pro bono) with the city’s River Revitalization Corp. on a comprehensive plan to redevelop the Los Angeles River. His involvement came to light in August.

Though the details of Gehry’s plan for the waterway have remained vague—that’s part of the frustration—critics like Lewis MacAdams, president of the nonprofit Friends of the Los Angeles River, are upset. As Lewis sees it, Gehry and the city are ignoring the work that grassroots community organizations like FoLAR have been doing for decades.

Gehry went on to insist his involvement in the river revitalization project has been misunderstood, that it’s the functionality of the waterway he’s interested in, not the design. Reworking the river is a four-step process, he explained—“hydrology, finances, social, design”—and his firm hasn’t moved beyond hydrology. The time will come when public input can be sought and implemented, he said, but first, an in-depth study of the river must be completed and funds must be raised. His group, Gehry Partners, has undertaken a 3D imaging of the 51-mile length of the river as one step towards competing that study. “We haven’t even got to the design part yet,” he said. “Once we get there, [local groups] can design and build whatever they want.”

If Gehry’s interest the river seems sudden, well, it was—even for him. “The mayor called me,” he said with a grin, explaining one reason why he decided to dive in. Another: The challenge of solving a complex problem. “I love bringing all these different experts together,” he said. But Gehry is not a hydrology expert, and if, as he says, this isn’t a design project, what does the world-class designer bring to the table? I asked him, and after a moment of thought he answered: “Tenacity.”