Home L.A. History The Los Angeles Sanitarium Then and Now 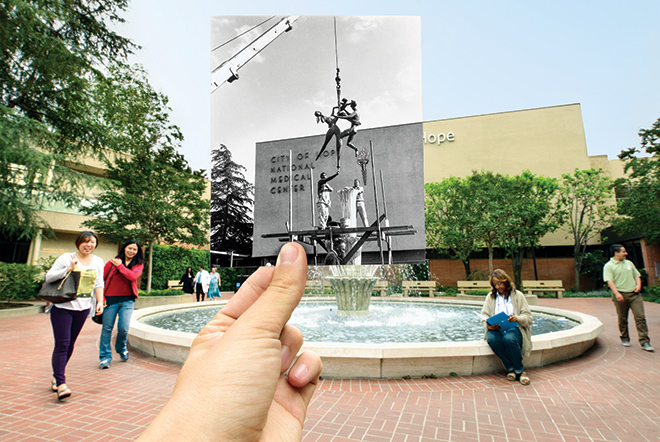 Now a historical footnote in the United States, tuberculosis once killed 100,000 Americans a year. Moved by the plight of a young infected tailor who collapsed on an L.A. sidewalk in 1913, volunteers formed the Los Angeles Sanitarium in far-off Duarte to house those afflicted by the contagious bacteria and thought to be incurable. Antibiotics eventually helped lead to the near elimination of TB. In the 1940s, the sanitarium changed its name to City of Hope and its focus to cancer and other diseases. Sculptor Robert Russin toured the facility and was inspired to create a nine-foot bronze statue of a man, woman, and child. The artwork, completed in 1967, was set atop a marble fountain (inset) to offer comfort to the countless survivors who’ve come here since then.