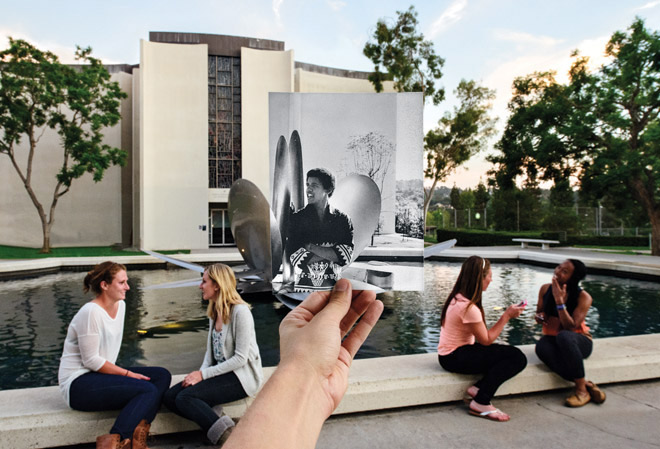 Back when everyone knew him as Barry, young Barack Obama was just another cool kid discovering Marx and Nietzsche at Occidental College. He smoked, wore funny hats, and preferred his pizza Hawaiian style at the Eagle Rock institution Casa Bianca. Eric Moore photographed his friend in front of the Herrick Memorial Chapel in spring 1980. “We were going out to a jazz festival,” says Moore. Obama took his first big step toward political activism the following year at a nearby plaza on campus, where he delivered a public speech to several hundred students, arguing for the school’s divestment from South Africa. Thirty-two years later you can buy “Change We Need” diaper covers and other presidential tchotchkes in Oxy’s bookstore.