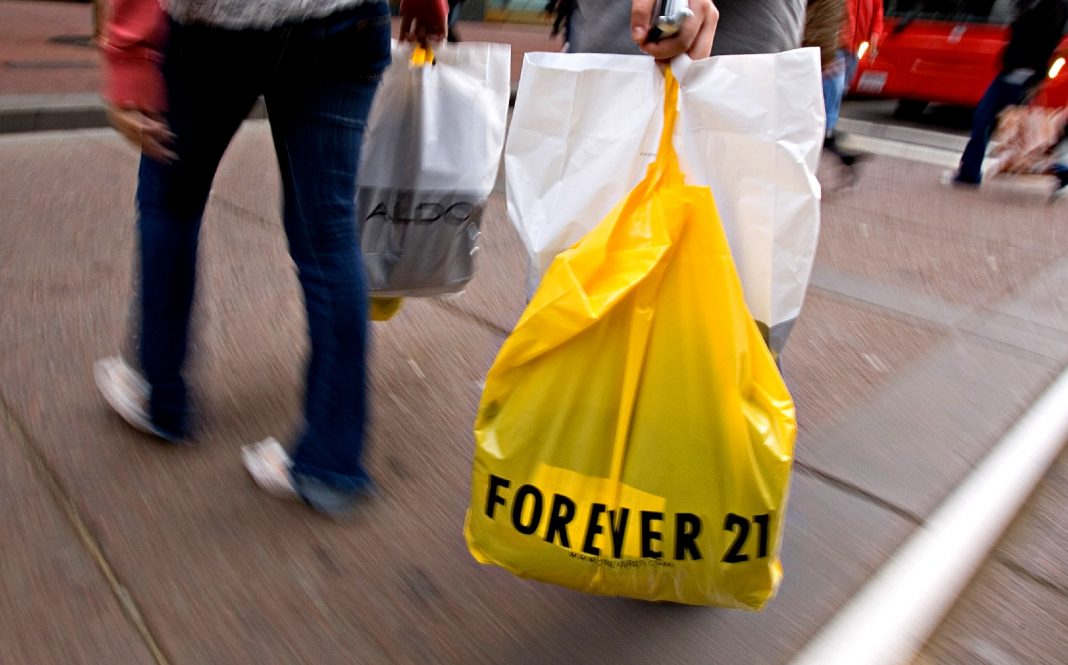 Forever 21–the global fast fashion empire launched from a single Highland Park storefront–has filed for bankruptcy. A spokesperson told the BBC that the chain expects to close 350 stores worldwide, or a little less than half of its current 800 brick-and-mortar locations; expect 178 of those store closings to be in the U.S. According to the BBC, “most, if not all” European locations will close.

Late last month, it was reported that the company was preparing for a potential bankruptcy filing; prior to that, the brand was unable to reach a deal to restructure around $500 million in debt.

The fast-fashion chain isn’t alone in its woes. Earlier this year, Topshop closed all its U.S. stores, after going through bankruptcy procedure. As Business Insider reported in May, many of the problems that faced Topshop were remarkably similar to the pressures that hit Forever 21. Among the concerns were a rise in competition from newer, e-commerce focused brands; the decline of in-store retail sales; and the high cost of rent for storefront real estate.

Trendy fast fashion isn’t the only type of store being hit by what Vox has termed the “retail apocalypse.” Sears, Payless, Toys R Us, Claire’s, and other once-prominent chains have all been through bankruptcy in recent years, with various degrees of success. Most of those companies have found themselves owned by private equity firms; Forever 21 founder Do Won Chang has signaled he is not ready to relinquish control of what has so far remained a family-owned company. Executive vice president Linda Chang told the BBC that the bankruptcy is “important and necessary step to secure the future of our company, which will enable us to reorganize our business and reposition Forever 21.”

While Forever 21 has an online presence, the 35-year-old company’s business model is still primarily oriented toward brick-and-mortar sales, which has made it vulnerable in a changing market. National Real Estate Investor estimates that, while the average Forever 21 store was once bringing in around $135 to $165 in sales-per-square-foot, now that number has likely dropped closer to $100.

And it’s not just how people, particularly young people, shop that has changed in recent years—it’s also what they want to buy. In 2019, the very concept of “fast fashion” is falling out of favor. National Real Estate Investor notes industry analysts have observed a swing toward products perceived as higher quality, more environmentally sustainable, and offered by corporations with commitments to social responsibility.

This post has been updated with current news about the bankruptcy filing.