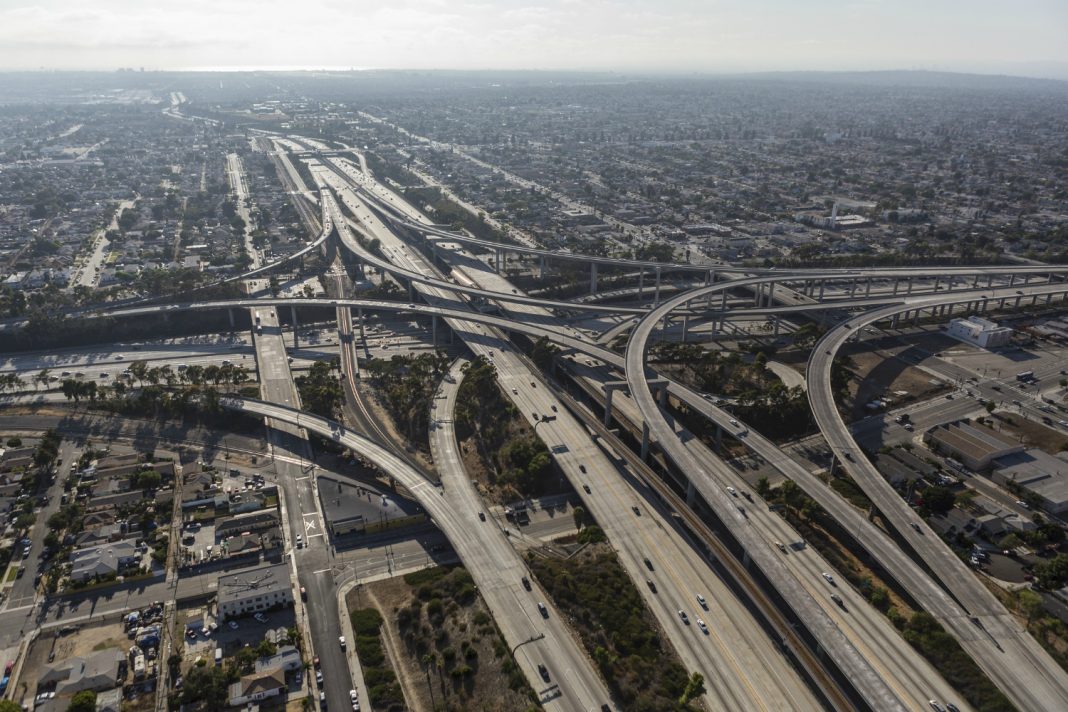 After a tanker trunk collided with another vehicle on the 105 freeway in Hawthorne before sunrise on Friday (resulting in two deaths), traffic was at a standstill for hours. In a very L.A. turn of events, a food truck caught in the jam began serving drivers.

Owned by AC Catering, the food truck served customers in the carpool lane of the 105, selling food at half price, according to ABC 7.

While many news outlets were on the scene at the time of accident, Chris Keller of the Los Angeles Times captured one of the first photos of hungry and caffeine-deprived drivers forming a line. And according to an interview with the owner of the truck, Carlos Chavez, they “mostly sold burritos.”

The crash shut down the 105 and the Metro Green Line in Hawthorne, reports said. According to the CHP, the eastbound lanes of the freeway began to reopen at 8 a.m.

While some of those who were stuck on the 105 continued to wait for the traffic lanes to open up, others who were on their way to LAX walked off the freeway in attempt to still catch their flights. And a hungry few set foot toward the food truck that just happened to be in the right place at the right time.

Here are more snapshots from the incident: