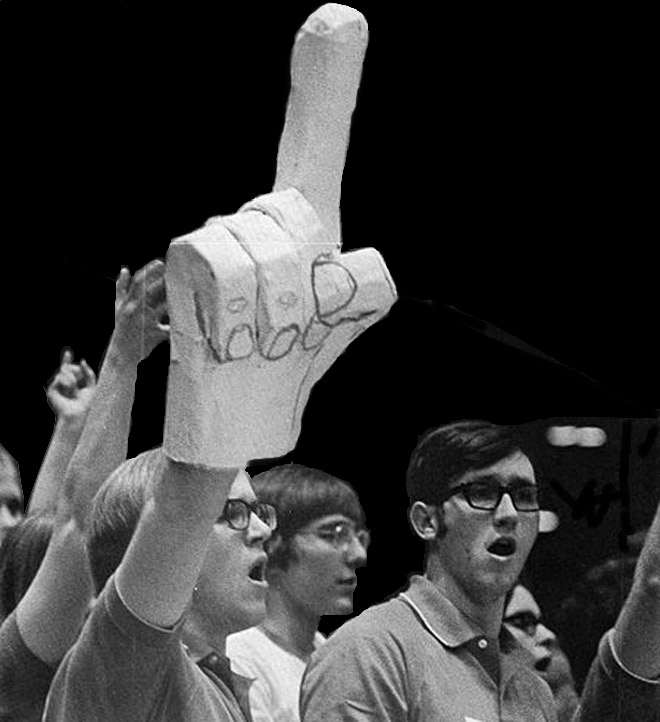 It was a difficult week filled with terrible events, and news out of Massachusetts and Texas remains grim, but the City of Angels has some sports highs to feel good about this weekend, as not one, but both of its basketball teams are officially etched into the 2013 NBA Playoffs schedule. Yes, the Clippers (56-26) were a shoo-in before the season even started. And the Lakers (45-37)? Many aren’t used to the idea of a postseason without the Purple and Gold, and no matter how bad things were looking mid season, a large portion of fans stayed loyal to their hometown heroes, even when they dipped below .500. That being said, this season was supposed to be a big one. Big, quite literally. The Lakers began by boasting the then-newly assembled Big Four (Steve Nash, Kobe Bryant, Pau Gasol, Dwight Howard). In the end, the group finished the regular season playing only 22 games together—many of them to underwhelming results. All four players battled injuries (multiple times), and two remain on hardwood hiatus (Nash and Bryant). As the season progressed, the Lakers’ run at title number 17 appeared in jeopardy, but after the All-Star Weekend, an ageless Kobe Bryant willed his squad to the start of a 20-8 run. And just as coach Mike D’Antoni, who was recently selected the Western Conference coach of the month, had projected, it was exactly what the Lakers needed to sneak in to the playoffs.

The Lakers found out before their season finale against the Houston Rockets (45-37), that they would get a crack at the postseason no matter what. But Wednesday night’s game still had some gravity; it determined the No. 7 and No. 8 seeds—for the Lakers, it meant the difference between facing the scathing hot Oklahoma City Thunder team or the very beatable San Antonio Spurs. By defeating the Rockets, 99-95, in overtime, the Lakers nabbed the seventh seed. To the north, the Clippers battled the Kings (28-54), who tried to best Lob City. Chris Paul and Co. came out on top, however, holding Sac-town at bay, 112-108. With the win, the Clippers have secured the fourth seed, as well as home-court advantage against the fifth-place Memphis Grizzlies. Here’s a closer look at the match-ups:

Spurs vs. Lakers
The Western Conference has been dominated by the Spurs and the Lakers for years. The Purple and Gold hold the most conference titles with 31, and since 1998, either the Lakers or the Spurs (or both) have danced in 13 of the last 15 Western Finals. This first round for the Lakers will be a daunting trial, but it does help that the Lakers will be looking for redemption (fresh off a recent victory to boot) and riding high on recent successes. During the regular season, however, the Spurs claimed the three-game series 2-1, but a now-Kobe-less squad might have found an answer to its problems. Howard is quickly becoming the lynchpin to the Lakers offense, and as he’s coming closer and closer to prime condition, he’s showing that he can more than just hang with big-time bigs like Tim Duncan; he finished with 26 points and 17 boards in their last meet-up. Like the Lakers, the Spurs have dealt with their fair share of injuries (Tony Parker, Manu Ginobli) and surgical ball-playing. But, as has been the case all season, turnovers and a lack of transition defense could be the Lakers’ biggest downfall. Unfortunately, the Lakers kick-off the postseason away from the Staples Center, where they boasted a 29-12 regular season record, and head to Texas with a 16-25 road record. But, maybe, just maybe, rules won’t apply the way they did all season long with a Kobe-less team.

Clippers vs. Grizzlies
Unlike the Lakers, the Clippers aren’t too familiar with the Western Conference Finals (or the playoffs for that matter). But this season has seen them rise to dominance. The battle for L.A. was claimed, and the Clippers are looking to make some history of their own. Coach Vinny Del Negro and Co. are ready to tussle with the gritty Grizzlies, a peculiar squad that embraces slow-paced, physical basketball. Players such as Marc Gasol, Zach Randolph, Tayshaun Prince, and Tony Allen relish in the grief they give opponents around the rim and the perimeter. But Memphis faces a different sort of beast with the Clippers. The L.A. team took three of four games against the Grizzlies during the regular season and looks to repeat last year’s first-round playoff success, when Paul led the Clips to a 4-3 series win over the Grizzlies in what can only be described as a grueling, tiring series. To re-do last year’s feat and advance to the second round, the Clips will have to push the tempo, shut down the Grizzlies’ scrappy offense (Randolph, Gasol and Mike Conley), and relentlessly tap their talent (N.B. Get Lamar Odom, Ryan Hollins and DeAndre Jordan involved, too … not just Blake Griffin).

Game Time: The Clips host the Grizzlies on Saturday at 7:30 p.m. PT.