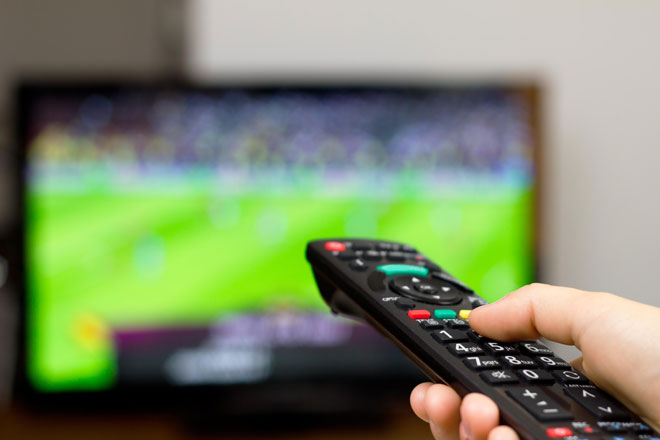 OK, so I realize that sitting around the television watching Sports Center isn’t everyone’s idea of quality time. But if the holidays are for bringing people together, why can’t sports be the answer? By nature, they encompass some of the major moral principles we embrace during the holidays. There’s charity (interceptions), resolutions (like “there’s always next year”) and plenty of family bonding (huddles), even if it results in some tough love (see: Southern Illinois’ basketball coach).

In L.A., we’re lucky enough to have two competitive NBA teams (OK, one-and-a-half for now), an NHL team, and two competitive NCAA football and basketball teams all with televised games over the next week-and-a-half. So turn up the Nat King Cole, pour some eggnog, and tune in to some of the best sports this city has to offer. Here’s what we’ll be watching:

December 25, 7:30 p.m. (ESPN)
Clippers @ Golden State Warriors
Talk about tough love! Last Wednesday Doc Rivers buried New Orleans Pelicans, his own son’s team, as the Clippers held Austin Rivers to just 1-of-4 shooting for 2 points. On Christmas Day the Clippers head to Oakland to take on a Golden State Warriors team that has struggled to stay over .500 but is always dangerous thanks to the three-point shooting of Stephen Curry, which remains over 40-percent for the season.

December 25, 5:00 p.m. (ABC)
Lakers v. Miami Heat
Staples Center couldn’t go dark for even a day, could it? While the Clippers try their hand in the Bay Area, the Lakers hold down the fort against the second-best team, record-wise, in the Eastern Conference. It’s also a reunion of one of the most ill-timed rivalries in NBA basketball. While there was a stretch in the mid-2000s of Kobe v. Shaq drama affiliated with these two teams, since then they’ve never been hot at the same time. Four of the last five NBA title banners hang in either Los Angeles or Miami, yet we haven’t seen the two duke it out in a best-of-seven series. Still, my couch-dwelling interest is piqued.

December 28, 5:00 p.m. (FSW)
Kings v. Nashville Predators
Sadly, this isn’t as much of a marquee Western Conference matchup because the Predators took a dip in the standings early this season, but that doesn’t mean it’s not a good road test for the Kings, as Bridgestone Arena in Nashville consistently draws more than 16,000 fans per game. The Kings will try to continue making defense their best offense as they put their league-best 1.9 goals against average to the test.

December 29, 2:00 p.m. (Pac-12 Network)
USC v. Howard
In coach Andy Enfield’s first year leading the Trojans, the only trouble his team has had is trouble in Paradise. USC lost two of its three games in the Battle 4 Atlantis in The Bahamas, falling by 14 points to Wake Forest. Still, the Trojans head into the matchup with a winning record. The trouble for the Howard Bison, however, has been everywhere. It’s not even 2014 yet and the Bison have already endured an 11-game losing streak in which they even lost to Old Dominion by 20 points. Even though Enfield’s “Dunk City” hasn’t yet been chartered in Los Angeles, this game against Howard could provide a working blueprint.

December 31, 11:00 a.m. (CBS)
UCLA v. Virginia Tech (Sun Bowl)
UCLA has had pretty bad luck in bowl games for the last two decades, but at least Vegas thinks the Bruins will be seeing and throwing all sevens in El Paso on New Year’s Eve. Quarterback Brett Hundley has been quiet about any post-season NFL plans, and this game might be his curtain call. As far as history between these two teams goes, you’ll have to cook something up with your imagination. Though coach Jim Mora said he has held Virginia Tech coach Frank Beamer in high regard for some time, the two schools have never met on the football field.