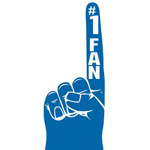 Kobe Bryant and LeBron James both played historic basketball this week. But while King James was busy setting field goal percentage records, Bryant decided to make only one field goal and turn the ball over a total of eight times. Basketball, and how the Lakers are playing it especially, is in a weird state. Despite Bryant’s shortcomings the Lakers pulled off a win against the Phoenix Suns, 91-85. Now the L.A. squad sits near the bottom of the Western Conference with a 25-28 record. The Heat, led by a scorching James—who, over the course of six games has fired bucket after bucket with a clip of 71.7 percent—stand at the top of the East, with a triumphant 35-14 tally. And today, Valentine’s Day, the NBA is giving sports fans what could be better than a box of chocolates: not one but two games we’re dying to watch.

1. Battle for L.A. (Again): Lakers vs. Clippers, 10:30 p.m. ET
Unfortunately this game feels like a forgone conclusion. The Clippers play much better D, are notably quicker in transition, and have players with exponentially more athleticism than the Lakers. O.K., maybe that’s hyperbole, but if the Lakers want to stand a chance tonight they’ll have to keep the turnovers and slow-to-the-punch defensive rotations to a minimum. Otherwise CP3 and Co. will make them pay. The Lakers have lost twice to the Clippers this season; it would be nice to see a little glimpse of seasons past.

2. NBA Finals (Again): Thunder vs. Heat, 8 p.m. ET
Depends on how you want to watch your basketball tonight—or maybe DVRing is a better idea if you’re entertaining the idea of not dating your television set tonight—but this game is on first and will arguably be the more exciting one. Featuring King James and his unstoppable crew taking on an inspired Kevin Durant, this throwback to last season’s NBA Finals should have both teams firing on all cylinders, including another potentially phenomenal performance by James, who, if he keeps playing like he has been, could end the night with a handful of nasty dunks and highlight clips.