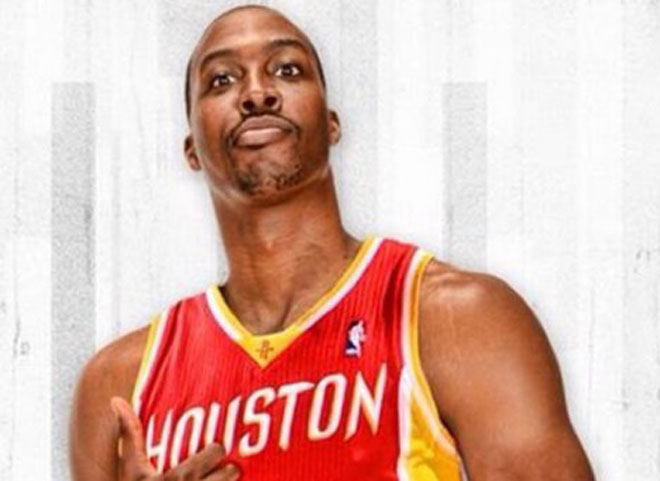 Well, I guess this is goodbye.

After just one season on a team many of us thought was going to bring the house down, you’ve chosen to play post in Houston, where you’ll find yourself between the rock and Harden’s place.

I can see now this relationship was never meant to be. This city wanted a “Big Four” to surpass the ’08 Celtics or a revitalized Miami Heat, and what it got was a 38-year-old point guard who played the lowest game total of his career this season (Steve Nash), an overworked superstar (Kobe Bryant), a subpar Pau Gasol and you, an unhappy center.

This year should go down as a learning experience. You learned a lesson long known by aspiring L.A. basketball superstars and biologists alike: It’s near impossible to thrive, let alone survive, next to the Black Mamba.

Ever since Shaquille O’Neal left for Miami on a big rig with a Super Soaker in 2004 (and some would argue sooner) Kobe Bryant has been the face of the Lakers.

Don’t get me wrong, any player who can average 17 points and 12 rebounds a game during a “down” year can find fans just about anywhere, but this season was about earning a shot at Kobe’s sixth ring, not your first.

There is a reason why LeBron wears No. 6 out of respect to Michael Jordan. There is a reason why this latest hypothetical title was referred to as “No. 6 with Kobe” and not “No. 3 without Shaq.” Laker fans—I won’t include a surprisingly candid Phil Jackson in this category—know the importance of the number, and have tried to hold their collective tongues about “the Jordan comparison” until Kobe could finish the job.

Yours was to help him get there, and it certainly isn’t the same one you earned with the Orlando Magic when they drafted you first overall as a 19-year-old in 2004. Back then there was time to develop. Back then the expectations were lowered by an expansion franchise that had only made the Finals once before your arrival. Back then you were celebrated for taking them there for a second time.

In L.A. there were disagreements with D’Antoni, occasional questions about how much effort you spent and even more questions about your choice of headband. Add in your history of bickering with Stan Van Gundy in Orlando and we shouldn’t have needed to worry any one else would want you.

We fought to keep you anyway. There were billboard campaigns and a number of diplomats sent to court you—everyone from Steve Nash to courtside mainstay Jack Nicholson, but in the end, the ink was dry on Rockets letterhead before your chartered flight returned from Aspen.

Now we must go our separate ways. We’ll be here, trying to make something of the Pau Gasol-Chris Kaman era, while you’ll head to Houston, where James Harden’s beard is the franchise’s most established asset.

Don’t forget to turn in your headband on the way out.