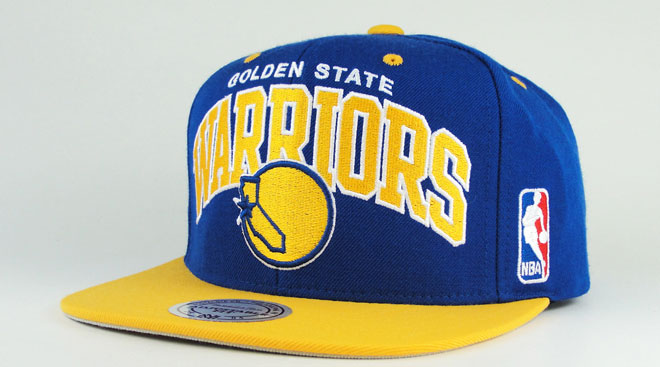 Sometimes Angelenos forget California has more than two basketball teams. As far as we’re concerned, it’s all about the Lakers and the Clippers—and the Clippers only recently made that exclusive list. But California is also home to the Sacramento Kings and the Golden State Warriors. As for the former, this sentence and the one before it are all the team is going to get in this post (that’s what happens when you have a record worse than the Lakers: 16-27). More important—more dangerous—are the Warriors, who sit just beneath the Clippers in the Western Conference’s Pacific division, with a record of 26-15. It’s a modest record, when compared to the top four teams in the Western Conference, but it tops the second best in the Eastern Conference, which is held by the New York Knicks (25-14). These are numbers that will, if Golden State keeps playing like it has, make the squad a far-reaching postseason contender—one that will give our home teams a run for their money. The Warriors could smoke the Lakers (as any team really could, unfortunately), and last night they proved they can hang with the best of ’em, too. The Warriors beat the Oklahoma City Thunder, who lead the Western Conference with an efficient 33-10 record, by five points. Ranked below the Thunder are the Clippers—at 32-11—who also fell to the Warriors this week: Stephen Curry orchestrated a 106-99 victory at Oakland’s Oracle Arena on Monday. What’s going on? The Thunder and the Clippers are playing well; the Warriors are playing better.

It’s too early to call the Warriors a sleeper team, but it makes sense when you take a look at their lineup. It’s a squadron conducive to upsets and surprises. Running the point is Curry, who has shown from his debut just two seasons ago that he can call the shots, fire Pistol Pete-esque passes on a dime, and knock down long-distance money shots. Rounding out the current starting lineup are center Festus Ezeli and forwards Harrison Barnes and David Lee—yep, the same Lee who vanquished the Thunder in the paint with a nice double-double. Klay Thompson reinforces some firepower as shooting guard. He finished with 19 points of his own last night, pulling off 3-of-6 shots from 3-point land. And off the bench there’s a smattering of talent—old gems and new—including Carl Landry, Andris Biedrins, Richard Jefferson, and Jarrett Jack, among others. My guess is some of the names above—if not most—are names you’ve never even heard of. That’s what’s unnerving about the Warriors. On paper, the team looks average at best. But if this week’s play has been any indication, the Warriors, behind coach Mark Jackson, have found a way to handily deal with superstar teams. With just less than half a season to go, there’s ample time for the Warriors to buckle yet, but there’s also a good deal of time for them to improve and rack up some more wins. Go ahead and watch the highlights from last night. They’re astounding.

A couple weeks ago I wrote about basketball’s War of 2013, about the freaky paradigm shift that’s happening in L.A. Now that shift looks as if it might be bigger than our city’s borders. I can picture our rivals to the north lining up their barrels and waiting for our teams to get comfy. They want the Clippers to feel like they’re on top of the world at last, the better to sneak up on CP3 and co. come playoff time. Curry is young and hungry, and players like Lee are tired of taking crap from the big-name players like Kevin Garnett and Blake Griffin. The Warriors are on a three-game winning streak (they take on the Bulls next), and my guess is their record will continue to reflect the panache and passion that has been floating under our radars, camouflaged in patient envy. With the Lakers floundering, I think the Warriors are ready to take back what they believe is rightfully theirs: state dominance.

The Western Conference is quickly becoming No Man’s Land, with worthy opponents in San Antonio, Memphis and Denver as well. and that’s the best sports news of the week (at least for me). Sorry L.A., but just when we felt safe pinning our hometown pride on the Clippers, a new local rival has cropped up.