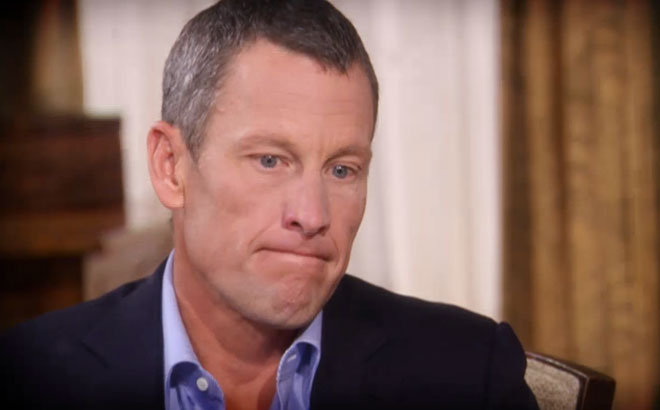 Thirteen years. That’s how long rumors about cycling champ Lance Armstrong using performance-enhancing drugs have swirled—quietly and in small sports circles at first and then loudly, on news programs and in deposition rooms. Rumors that until this week were fiercely denied by the athlete himself. Thirteen years is a long time for suspicion to simmer, so it’s only natural that Armstrong’s overly belated confession, which came in the cliched form of a mea culpa interview with Oprah Winfrey airing last night and tonight, is stirring up strong feelings from the cyclist’s (former?) friends and fans alike.

I don’t happen to be a huge follower of Armstrong’s sport, although I admire the strength, the singularity of vision it takes to race a bike long distances in varied conditions. So it surprised me when Armstrong—maintaining his innocence yet!—this summer refused to fight allegations levied by the USADA, and I felt cheated. It wasn’t the reality of the fact that Armstrong had almost certainly used banned substances sinking in that made me mad. People—hell, some of the public figures I admire most—make mistakes. Here was a man who had changed the course of cancer on Earth with his remarkable Livestrong foundation. Surely his morality was, if not pure, a shade lighter than dark. No, it wasn’t just the lying. It was his breaking of a different societal rule that left me feeling bitter; Armstrong had refused to play the part we need of those who fall from grace. If he was in fact innocent, he had done what no role model ever should: he quit. If was guilty, he had withheld from those who had supported and believed in him—his family, his millions of cheerleaders around the world, the corporate sponsors who had made him very rich —the decency of an apology. If we were to move on and find closure from the letdown, well, it’d have to be without any help from Armstrong; he’d be hanging around feeling sorry for himself at his Texas mansion. In trying to have it both ways—peace from further prosecution without admitting guilt—he raised a middle finger at the authorities (not to mention those whom he attacked, publicly and legally, for telling the truth about his transgressions over the years), then shoved it in all our faces.

Now that the seven Tour de France titles have been stripped away, the endorsement deals dried up, and Armstrong’s place atop the nonprofit that bears his name relinquished, he’s looking for forgiveness. Why? I watched the first part of his sit down with Oprah expecting to empathize with how scary, how alone it must have felt to risk the trust, the love, the careers, even the lives of so many people—so many cancer victims—on a lie. What I heard instead is a litany of reasons why what Armstrong did was “wrong” but didn’t feel that way at the time, why it maybe sorta wasn’t even that bad when put into greater perspective. He likened doping to “having water in our bottles” and claimed drug use was so pervasive in cycling it would have been impossible to win a race clean—as if “He did it too/more/first” were ever a moral defense with legs. Oh, and he also cracked wise about calling whistleblower Betsy Andreu crazy “but not fat.” Perhaps truer moments of repentance will air in the second half of Armstrong’s interview with Oprah tomorrow night, but I don’t plan on tuning in. His confession and apology isn’t a case of too little too late. It’s a case of too much for too long.