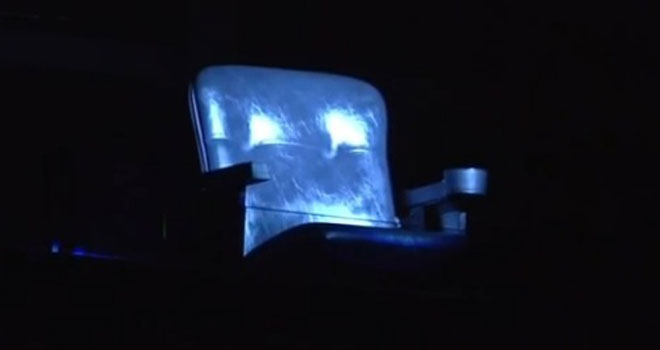 Last night’s game against the Boston Celtics was just what the doctor would have ordered. With Dr. Jerry Buss’ chair empty and illuminated, Steve Nash surpassed Magic Johnson’s 10,141 dimes for fourth all-time career assists and the Lakers beat their East Coast rivals 113-99. It seems the Purple and Gold are trying to prove they can make a crunch-time campaign for the playoffs. The Lakers—whose jerseys will, from here on out, feature a JB insignia in honor of their legendary owner—are going to use the second half of their season to do something “special,” according to Dwight Howard.

It’s an interesting word choice from a center who has, for the most part, underperformed and undershot Angelenos’ expectations. The 27-year-old star, however, came to play last night; he finished with a stat line of 24 points and 12 boards—a substantial double-double, one we could stand to see more of. Although Lakers G.M. Mitch Kupchak has said the team will not be letting go of the league’s “best center,” talks of a Howard trade have been flooding newsfeeds, and the center has started to become annoyed with the incessant questions and hypothetical scenarios. He’s gone on the record to say that people don’t need to bring it up or talk about it every day and that he’s staying for the “here and now”—whatever that means. Howard has a point. The Lakers need to focus on their remaining season. They are still a less-than-.500 team (26-29). To make the playoffs D’Antoni’s squad will have to finish 20-7 or better, especially if they want to edge out West Coast contenders such as the Houston Rockets, Portland Trailblazers, and the Dallas Mavericks, all of which will likely be contending for that eighth Western Conference playoff berth.

How will the Lakers finish .561 or better? All the cogs need to fit. Here are a few crucial specifics that need to get nailed down ASAP:

1. Nominate Nash Offense Meister
There have been moments here and there this season where Steve Nash has stepped in and taken an offensive lead—but those have been ephemeral and few and far between. Nash needs to be the consistent orchestrator of the Lakers offense. The Staples Center looks best when it has a competent guard manning the point, finding open players, and sinking 3-pointers in times of need. Stop looking to Bryant for those ( he’s 1-for-34 as of late).

2. Let Kobe Kick Back—For Consistency
Kobe Bryant is 34 going on 24, playing relentless basketball and posting numbers that no player in their 17th season has ever dreamed of: 38.3 minutes per game, 5.6 assists, and 26.6 points. Now that’s great, but as previous Lakers campaigns have shown, it’s never all about Kobe. The Black Mamba needs somebody to thrive off of. In D’Antoni’s triangle-offense-less scheme, that somebody is still the center. As Howard and Bryant exhibited against Beantown, setting picks for each other results in prime post and perimeter position. The point is Kobe doesn’t need to nail 81—or try to—every night. If our Kloser can average closer to 20 (rather than 30) or so, while still getting his teammates (namely Howard) involved, the Lakers will have a bright future. And I’m not just saying that because it sounds cute. A 17th banner would look nice under a spotlight.

3. Hone Howard’s Energy
Not sure if it’s Howard’s new look (a special posture alignment shirt he wears under his jersey) or if the trade talk has stirred something inside him, but he looks like he’s familiarizing himself with good ball playing once more. Last night he was a pivotal point of success for the Lakeshow. Howard’s hustle underneath the basket enables second-chance opportunities on offense and transition rewards on defense. The guy looked a lot more involved and into the game last night—his smile and energy can be contagious.

4. Tap The Back Ups
Players like Antawn Jamison and Earl Clark are becoming key secondary players in D’Antoni’s squad. Clark produced last night another double-double, finishing with 14 points and 16 boards, a stat line nobody can knock. Seems like we have somewhat of an answer to Pau Gasol’s sub-par performances—but here’s to hoping Clark and Co. don’t buckle under the pressure. The Lakers need more than just a few good games.

Here’s just a few tweets posted after the game: The rest of the season will be a perpetual campaign to “Win for Buss.” Watch Bryant’s pregame speech in honor of the doctor:

Next Up: The Los Angeles Lakers welcome the Portland Trailblazers to the STAPLES Center on Friday at 7:30 p.m.