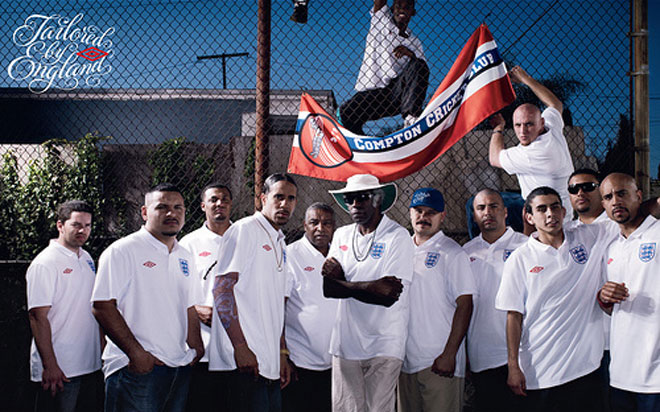 When Emidio Cazarez first heard about cricket, his initial reaction was, “No thanks.” It was 1996, and Cazarez was a sixth grade student at Willowbrook Middle School in Compton, where Ted Hayes and Katy Haber were looking to start an after-school program and cricket club.

“It didn’t sound interesting,” says Cazarez, reflecting on that first mid-‘90s encounter. “Just the name cricket alone, well, what the hell is ‘cricket’? So I wasn’t interested. I thought, ‘This seems boring and I don’t want to waste my time.’”

After tagging along to a few practices with a friend and meeting Hayes, a Compton Cricket Club co-founder who showed him the basics, Cazarez had a change of heart. Soon, he was hooked.

Over the next decade—which for Cazarez spanned the rest of middle school, Centennial High School and into adulthood—that oddly-named sport would transform in his mind from a waste of time into a time-consuming craft and hobby.

Seventeen years later, Cazarez insists he still hasn’t mastered the game and laughs at the thought of his first match. In the months prior to the exhibition, he and his inner circle had been mostly limited to fielding drills, and it showed. “Once we got to batting and bowling, which is like pitching (in baseball), you could just tell how we weren’t good at it,” he says. “We were still swinging it baseball style. You couldn’t help seeing the ball coming at you and trying to take it out of the park.”

From Humble Beginnings…
Before Cazarez fell in love with the sport, before Ted Hayes brought it to Compton, it was impacting the lives of homeless men in Downtown Los Angeles’ Dome Village, which once served as a collective housing community for the homeless.

Wanting to give the less fortunate a crack at a sport that is non-violent, non-tactile and team-oriented, Hayes first teamed up with film producer Katy Haber in 1995 to introduce the sport into the homeless community. Soon, the L.A. Krickets were formed, and, thanks to some generous outside funding, the group made its first tour of England, the birthplace of the sport, that same year.

In time, the project began achieving its goal of helping cricket players in the Dome Village get back on their feet, and there became a possibility to expand, to reach out to new, energetic players.

“One of the members of the team said, ‘I’m from Compton, and I know the Compton School District supervisor. Why don’t we go meet with them to see if we can get after-school cricket workshops in the Compton schools? And that’s why we went to Compton,” Haber recalls.

With a few members of Hayes’ original team joining the kids from Compton on the new squad in 1996, “The Homies and the Popz”—also known as the Compton Cricket Club—was born.

First on the field behind Willowbrook, and then on the grass at the corner of Compton Avenue and El Segundo Boulevard, the team grew from its bat-happy start, developing a discipline and appreciation for the sport.

…To European Tours…
Thanks to sponsorships from groups like Maxim magazine, B.P. and Prudential Life Insurance, the Compton Cricket Club was able to make four additional tours abroad following its initial 1995 trip—to the United Kingdom in 1997, 1999, and 2001 and to Australia in 2011.

The CCC met royalty—both of the English (Prince Edward) and sports world varieties— and even had the opportunity in 2001 to play on the same side as cricket legend Brian Lara, who is held in reverence as the only player in the history of the sport to amass 400 runs in a game, a quadruple century, on two separate occasions. Hambledon and Lords, cricket’s Mecca, acted as tour stops for the “Homies,” who gained an international following with TV appearances and news profiles both at home and abroad.

Looking back on the trips of his youth, Cazarez says the experiences opened his eyes to a world outside of Compton, one where he felt free to trust new people he met along the way, many of whom he still considers his friends. To be able to travel with his brother, Ricardo, also a Compton cricketer, made it all the more meaningful.

“You know what, it’s a life-changer,” Cazarez says. “You grow up in Compton, you’re always on your guard. There’s so many bad things going around—at least back then, it’s calmer now—but you’re always defensive. At least I was.” Through his interactions with teammates, opponents-turned-friends and supporters of the club, Cazarez says he became a happier, friendlier, and more worldly person. He says he has also become less angry and more respectful of authority, a product of cricket’s unique etiquette, in which the umpire’s word is law and fighting, spitting and arguing are not tolerated. “The one that I took home with me and stands out is that respect for authority and that respect for people who are above you, like your parents, older brother or sister or aunt or teachers,” he says.  “It’s a good thing to have growing up, no matter where you grow up.”

As for the place Cazarez grew up, the CCC had a hand in shaping it, too. In their full embrace of the game and what it stands for, Compton’s cricketers varied themselves from the image that the crime-riddled city had been given through rap and pop culture. “I think maybe we gave the city a different name,” Cazarez says. “[Our opponents] were expecting gangsters and killers and thieves and thugs.” Instead, what they encountered was a group of gentlemen trying to gain a better understanding of a sport played much more commonly thousands of miles away.

Haber is likewise moved by the way the club impacted the lives of its players and their community. “It takes a village to change a life,” she said. “It took cricket to change 12-15 kids’ lives.”

…And Finding a Future
Now the challenge is to keep the project going for a new generation of players. Today, the Compton Cricket Club is still swinging—but barely. Once a mainstay in the Los Angeles Social Cricket Alliance, the CCC could hardly field a team last year with many of the Club’s original members, now grown, having families and full-time jobs to tend to. (Friends of the original Compton players often stepped in to play as substitutes.)   And, with major funding only coming in on a tour-to-tour basis, it has been a struggle in recent months to keep the team together.

After being connected to the sport for so long, however, the Compton cricketers remain hopeful that the dream and the opportunity the club represents will remain alive for young Compton athletes.  What it needs to do so—either as an after school program or as an independent recreational body—is money.

Fortunately, opportunities appear to be on the horizon. “We’re in the very early stages,” said Haber of a possible new program. “We’re starting to have conversations about how we can fulfill our dream to bring cricket back to Compton.”

To hear from more former players of the Compton Cricket Club, watch this video, produced by Grantland Channel, earlier this summer: