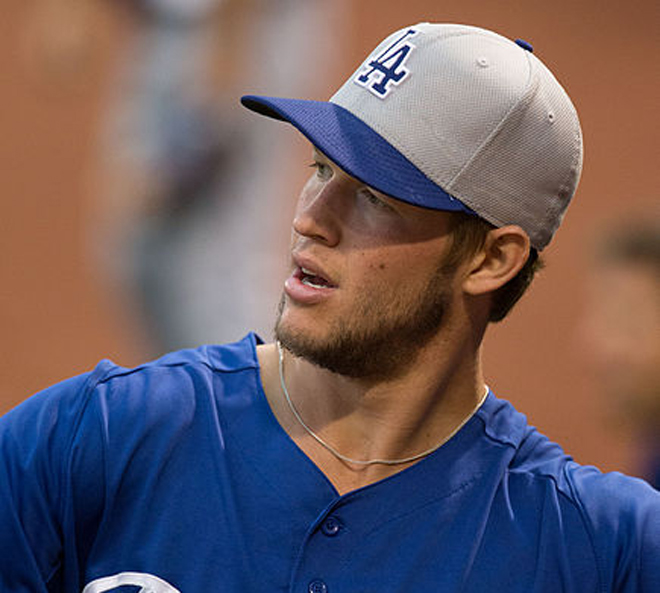 Clayton Kershaw has had the best backdoor curveball and the best ERA among starting pitchers in Major League Baseball for the last three seasons. Now he makes the best money, too.

On Wednesday, ESPN.com broke the news that Kershaw and the Dodgers had agreed to terms on a seven-year deal worth $215 million. At just 25 years of age, Kershaw will sign the largest contract for a pitcher in the history of baseball. The Detroit Tigers’ Justin Verlander signed a lucrative seven-year deal of his own last year worth $180 million. That made him the most well-paid pitcher in the game—until now.

Putting $180 million to shame isn’t the easiest of tasks, but Kershaw’s managed to do it. In some states, he wouldn’t have been able to rent a car last year. Now he has the funds to rent every car in the state of Delaware for a few days, if he so chooses.

With no kids, an unrivaled sum of funds and the freedom and popularity to do just about anything he wants in the City of Angels; his spending possibilities are now limitless. He hasn’t asked, but here’s how he could put his new funds to good use:

1. Start an island nation:
According to Private Islands Online, Macuata Island is available for purchase in the South Pacific for the low, low price of $3 million. Technically the island is under the jurisdiction of Fiji, but for me, “Kershatopia” is just as pleasing to the ears. Coming soon: A national citizenship test that requires throwing a curveball for a strike. Except, looks like I’m not getting in any time soon.

2. Purchase a lifetime supply of baseballs:
An official, regulation-size baseball used in the big leagues goes for roughly $15. Since Kershaw will make approximately $31.7 million this coming season, he’d be able to splurge the whole thing on about 2,113,333 baseballs. The bummer here is that he’d also have to sacrifice a few more baseballs to pay for a storage facility capable of fitting them all. (For the record, he could buy millions of foam fingers as well!)

3. Donate for every strikeout:
Were Kershaw to devote every dollar of his seven-year deal to charity, he would be able to contribute $178,275 and some change for each of his 1,206 career strikeouts. Better yet, he could take the idea of Century21 Real Estate at the home run derby and donate per home run hit against him, averaging out to an absurd $2,945,205.48 per dinger over the course of his six-year career. To his credit, Kershaw is already heavily-invested in humanitarian causes; he donated $100 per strikeout in 2011 toward the construction of an orphanage in Zambia. There’s a reason why he won the Roberto Clemente Award in 2012—Kershaw has already been doing the right thing without the urging of others.

The sum may seem inflated to some, but Kershaw’s earned it. Two Cy Youngs and a runner-up award in the last three seasons deserve a pretty significant chunk of change, and that’s exactly what No. 22 got. Ask Kershaw, though, and I’m sure he would tell you the league minimum would suffice if it meant winning the World Series. The greatest pitching contract of all time, we know now, is worth over $200 million. A World Series is priceless.