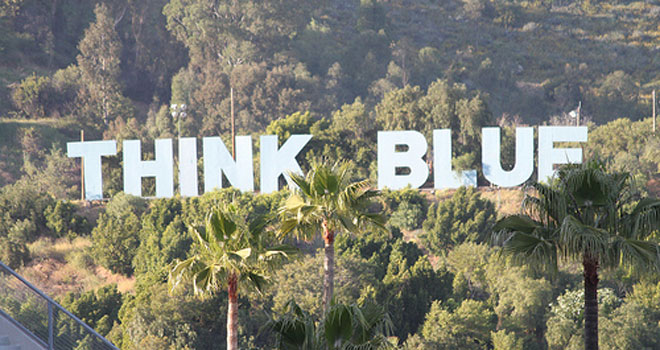 If the Dodgers want to capture their first World Series title in over 20 years, they’ll have to do much of it on the road.

Even with a streak that peaked at 42-8 during the late summer months, the Dodgers were at one point so mediocre this year that they finished the regular season with the worst record among National League division winners.

While they’ve shown their ability to perform well on the road, compiling an away record of 45-36, the Dodgers are tasked with playing the first two games of the NLCS in one of the MLB’s toughest away game environments.

Normally, we’d be able to shrug off Busch stadium knowing we have Clayton Kershaw to calm our fears, but the ace isn’t available for Game 1 after pitching six innings in the NLDS’ deciding Game Four on just three days’ rest on Monday. Kershaw will have had a full five days rest when he starts tomorrow against St. Louis’ Michael Wacha.

But Dodgers fans will get the next best thing for tonight’s opener in the form of right-hander Zack Greinke, who gave up two runs in six innings in his first 2013 postseason start a week ago. While Greinke had one of the best second-halves of any pitcher in baseball—winning 11 games from June 22 to the end of the season—I don’t get that same warm, confident feeling that I get seeing Kershaw on the mound. It’s even in their uniform numbers. While Greinke has the potential to be just as good as Kershaw on any particular night, No. 21’s ceiling falls just shy of No. 22’s.

Alright, I’m nitpicking here. Kershaw and Greinke combine for what I believe to be the best one-two bunch in baseball, and the Dodgers still have Ryu and Ricky Nolasco to worry about.

Regardless of who is on the bump, knowing that the Dodgers competed with just about everybody in the second half of the regular season, the Cardinals included, puts me more at ease. In a four game series in St. Louis in early August, the Dodgers won three of four match ups. The sole loser, surprisingly enough, was Kershaw, while Ryu, Greinke and Nolasco all won their respective games.

Obviously pitchers can’t do everything. Coming into what I expect will be a close series all the way around, the postseason bats of the Dodgers have avoided the jitters, with seven different players batting over .300 in the Atlanta series. That, is a very good thing.

First pitch tonight is at 5:30 p.m. PST. Get your foam finger ready!