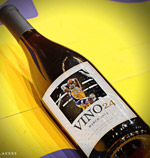 Last night’s roller coaster win over the Toronto Raptors gave Kobe Bryant ample opportunities to make his favorite face, which, like his playing, is more fun to watch as time goes by. Bryant willed a win against the Raptors in the form of 41 points, six rebounds, 12 assists, and two steals. The Purple and Gold triumphed 118-116 at the Staples Center in what can only be described as one of the grossest overtime wins of the season. Though Vino and Co. were all smiles after the game, I’d like to underline the fact that the game against Toronto (24-39, 9-23 away) went into overtime, that the game against Toronto (24-39, 9-23 away) almost ended in a loss.

A win’s a win, though, right? And gross doesn’t mean the game wasn’t a thrill to watch. Because there’s nothing better than witnessing Bryant’s heroics when games are on the line. Last night those heroics included three insanely contested fourth-quarter 3-pointers and an overtime go-ahead dunk, which seemingly caught all of Canada with its pants down. That seemed to be the post-game consensus, at least.

But hold up. The Lakers came very, very close to losing to the Raptors (24-39, 9-23 away). The team’s nine road wins have come against Cleveland, New Orleans, Orlando, and Washington, so a loss would have put the Lakers in company unworthy of them any other season. My point is, the circumstances of last night’s win should give the Lakers pause. Here’s what the team can take away from the match:

1. It’s important to catch the ball and not huck it like a piece of garbage.
Though Bryant went off last night, his stat line had one blemish: nine turnovers. The Raptors capitalized on every Bryant turnover in transition, and on top of that, the Lakers finished with 13. So for all his hard work, Bryant handed Toronto 18 points. After the buzzer, Mike Trudell asked everybody, “Hey, can we not sink into a 15-point hole in the next game?” A good place to start fixing the problem is on the possession front.

2. A strong offense cannot overcome a weak defense.
Watching Jodie Meeks struggle with the Alan Anderson situation was frustrating. It was even more frustrating to watch Dwight Howard rotate a beat or two too slow and swat at air like a big buffoon. To be fair, the entire Lakers team looks like they could care less about catching people in transition. If teams like the Raptors can score 50 points in the paint and 17 on fast breaks, what’s going to happen with the Clippers and the Heat?

Despite these shortcomings, the Vino keeps getting better, his otherworldly will power and shot-making abilities keep getting more impressive, and the Lakers are now above .500 for the first time since November. The squad is one game behind that eighth playoff seed. Something is kind-of working, but tougher opponents are down the line, and the Lakers need to smarten up. It’s annoying when Kobe scores 30 points against the Thunder, and then the game ends in a 122-105 defeat. Nothing is worse than corked wine.