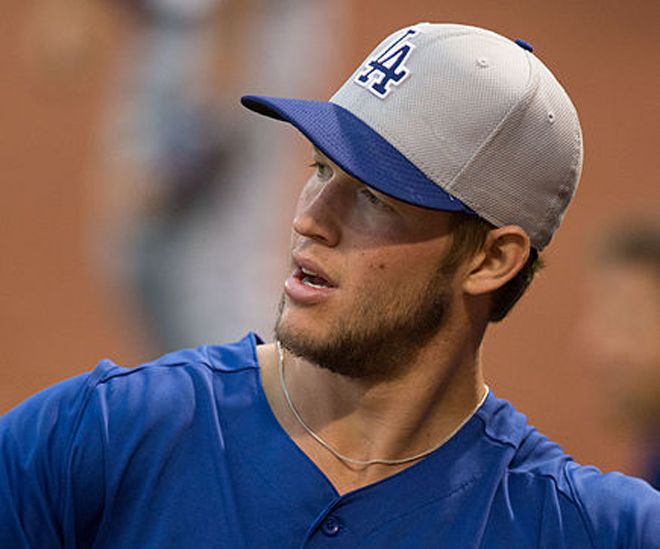 For how good Clayton Kershaw is, the Baseball Writers’ Association of America seems luke warm on the pitcher. Last season, the Dodgers ace had a lower ERA, lower WHIP, and higher WAR than R.A. Dickey, but Dickey took home the 2012 NL Cy Young Award.

I was OK with that. Dickey came out of relatively nowhere to reinvent himself with the Mets. He won 20 games, thanks mainly to his new knuckleball, a huge transformation in pitching style that deserves recognition. Kershaw received two of 30 first-place votes and cashed in on a number of second-place votes, finishing just above the Nationals’ Gio Gonzalez for the silver prize.

Though I was happy for Dickey, I was a little surprised that Kershaw, who had absolutely dominated the sport for the two seasons leading up to that point, didn’t receive back-to-back crowns.

Earlier this week, the gap between trophies ended at just a year, as Kershaw was announced as the recipient of the 2013 NL Cy Young.

We all saw it coming. Kershaw finished the season with an almost painfully low 1.83 ERA in a career-high 236 innings. He struck out a league-high 232 batters and recorded two shutouts, also an NL-high, to put the icing on the cake for award voters.

It seemed like this season put Kershaw in a position that was undeniable, but when the awards officially came out a couple days ago, I realized that wasn’t so.

No. 22 received 29 of 30 first place votes, with just one voter, Mark Schmetzer of the Reds Report, putting him down for second place. Schmetzer instead voted for Adam Wainright of the Cardinals, who won more games (19) and logged more innings (241.2) but finished win an ERA that was a full point higher (2.94) and pitched with far better run support throughout the entire season.

Now I realize arguing that Kershaw’s second Cy Young should have been unanimous is petty and somewhat of a moot point since he already won—convincingly—but there’s a part of me that believes we may never again see a pitching season quite like this one. Hitters feared Kershaw. He was a threat to throw a no-hitter just about every night.

The one time I was lucky enough to see him pitch in person this season—a Sunday night matchup with the Rays—he didn’t allow a hit until the fifth inning, and I was sure that one got by because my buddy had mentioned the “No-Hitter” aloud just an inning before. He was so good it took a jinx to slow him down.

The only place I can see an argument against him is the final game of the NLCS, in which Kershaw looked exhausted, pitching just four innings and allowing seven earned runs to take the Dodgers out of the playoffs. He looked bad that night, but the Cy Young voting should reflect the season as a whole, and it was a season in which he was near unstoppable.

Maybe Schmetzer’s hand slipped while filling out the ballot. Maybe Kershaw once cut in front of him at an airport. Who knows? The beauty of Kershaw’s brilliance is that he is capable of avenging that single vote next season.