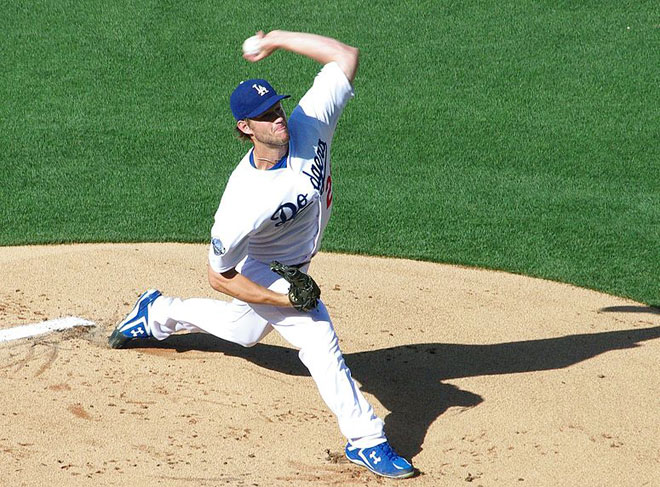 For 96-percent of the Dodgers’ roster, the next few days will come exactly as advertised: a break.

Despite the team’s recent surge back to the .500 mark and plenty of buzz surrounding a once-again productive Adrian Gonzalez and a rookie sensation in Yasiel Puig, left-handed ace Clayton Kershaw was the only Dodger deemed worthy of a cross-country voyage to Citi Field for this year’s installment of the Midsummer Classic.

The southpaw deserves the accolades; baseball’s most deceptively dominant player, Kershaw has posted unbelievable numbers despite having the run support of a pair of busted Asics. While only notching eight wins in the first half, Kershaw leads all National League pitchers in wins above replacement (5.5), ERA (1.98), WHIP (0.98), hits per nine innings (6.007), shutouts (2) and starts (20) and is second in both strikeouts (139) and innings pitched (145.1).

And while Kershaw, whose career ERA is lower than that of Sandy Koufax, was mentioned by Giants manager Bruce Bochy as one of very few on a shortlist of possible starters for tonight’s All-Star game, he will instead relieve Mets fan favorite and NL strikeouts leader Matt Harvey.

With 13 pitchers on the NL’s roster, this means we’ll likely see Kershaw for a single inning against an American League lineup that has more talent, power and youth than fans have become accustomed to.

In an ideal world, we’ll watch No. 22 take on some of the best. Here are the fantasy matchups we’d love to see become a reality:

Kershaw v. Miguel Cabrera (DET)
Over the past few months, the 30-year-old Venezuelan has earned the fear of American League pitchers and live rays alike, compiling a .365 batting average and knocking in 95 runs in just 93 games. The league leader in walks, Cabrera isn’t likely to chase a curveball in the dirt, but could be fooled by a Kershaw slider that will break in on his hands. A fastball over the plate, however, would make a great souvenir.

Kershaw v. Chris Davis (BAL)
There’s a reason why Davis has earned the nickname “Crush”: he’s turned mistakes into round trippers 37 times already this season, an American League record at the All-Star Break. The Orioles first baseman has made his living effortlessly slapping both fastballs and hanging breaking balls over the fence—anything up in the strike zone is fair game. Still, Kershaw holds a major advantage in this matchup as a left-handed pitcher going against the left-handed Davis.  An inside fastball followed by a slider away could yield knee-bucking results in a two-strike count.

Kershaw v. Mike Trout (LAA)
This matchup is intriguing not only because of the talent quotient but also because its intensity is heightened by geography. The battle for the title of “Southern California’s Best Young Potential Hall of Famer” will pit the National League’s most dominant arm against the AL’s toughest out—the five-tool Trout ranks in the American League’s top-five in hits, batting average, runs, stolen bases, on base percentage, and slugging percentage.  A well-placed Kershaw changeup away from the right-handed Trout could induce a ground ball, but the 21 year-old outfielder has shown he can run like the wind.

The All-Star Game will be broadcast at 5 p.m. PT on Fox.