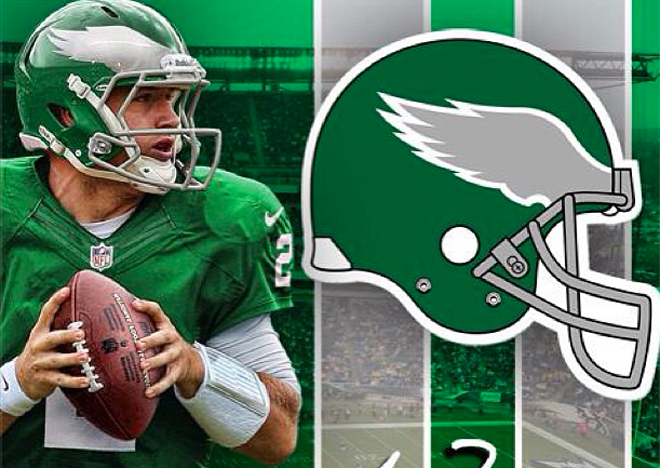 Pick-You-Up
TGIF—this long week is almost over, and whether you’re slogging your way through the last remnants of work or gearing up for next week (God only knows why you would be planning ahead on a Friday), here’s a little pick-me-up that though not quite L.A.-related, will surely tug on your heart strings. Nine-year-old Alayna Adams threw a pitch and got a surprise before Thursday’s Tampa Bay Rays-Boston Red Sox game. Best. Day. Ever.

Shark Week
The Los Angeles Kings dodged a playoff bullet last night, mounting a two-goal comeback on a power play in the final minutes of Game 2 to beat the Sharks 4-3 and claim a 2-0 series lead. Yeah, nice try San Jose. The Sharks thought they had Jonathan Quick figured out—and they did for a bit—but the Kings offense came storming back  in the nick of time thanks to the endgame efforts of Trevor Lewis and Co. The series resumes tomorrow with a game up north.
(SB Nation)

Feelin’ Good, Feelin’ Greinke
The Dodgers (17-22), you will be happy to know, have won four of their last five contests. And most recently, Zack Greinke, who has returned to the mound after suffering a collarbone injury and receiving a metal plate for stability, held the Washington Nationals to one run for the lesser part of five innings to help secure a 3-1 win. The Dodgers went 2-1 against the Nats, and prep to go to Atlanta, where they’ll find three road games waiting for them against the Braves (22-18). As ESPNLA writer Mark Saxon posits, Greinke’s return might be a sign of better things to come for the Dodgers, who went 10-19 in his absence. The team’s first game against the Braves begins at 4:30 p.m. today.
(ESPNLA)

University of Spoiled Coaches
So the Los Angeles Times requested USC’s federal tax returns. Awkward. What the Times found out—surprise, surprise—is that USC pays a pretty penny to staff its athletic department. Records for 2012 weren’t available, but 2011 were, and as USC beat reporter Gary Klein reports, USC’s sports figures are highly compensated: In 2011, Pat Haden bagged $2.2 mil, Lane Kiffin took $2.6 mil, Monte Kiffin got $1.8 mil, and then-basketball honcho Kevin O’Neill got roughly $1.7 mil. Here’s to hoping the investments eventually pay off. Unfortunately the Trojans are going through a bit of an adjustment phase on the gridiron and the hardwood right now. O’Neill was sacked earlier this year (replaced recently by Andy Enfield), and Monte Kiffin resigned after the Trojans (7-6) lost in the Sun Bowl last December to Georgia Tech. In other Trojan-related news, the elder Kiffin is now the Dallas Cowboys’ defensive coordinator (no, I’m not making that up). And, just in case you missed it, L.A.’s (and USC’s) golden boy, Matt Barkley, is going to the Philadelphia Eagles.
(Los Angeles Times)

ICYMI: The NBA Playoffs Are On
Things have obviously not gone according to plan. Nobody has been able to stop the Heat. The Spurs persist. Memphis beat my (and maybe even your) underdog hopefuls. If you’re a West Coast (especially L.A.-based) fan, the NBA postseason is probably, for all intents and purposes, the last thing you want to be watching—if only for the sole reason of praying the Heat don’t win title No. 2 with LeBron James at the helm. Looking ahead, though, the San Antonio Spurs will compete in the Western Conference Finals against the Memphis Grizzlies, which makes no sense at all. (I guess a solid argument could be made that Memphis is on the western half of the state, but I digress.) The Heat will either face New York or Indiana (their series currently notched at 3-2, in favor of the Pacers) for East Coast bragging rights.
(NBA.com)

MJ Over Mamba
Here’s some L.A.-related basketball news for y’all—Phil Jackson, former coach of basketball superstars (and living legends) Kobe Bryant and Michael Jordan, has finally voiced his opinions on everybody’s favorite sports comparison: Who’s better? Kobe or MJ? Well, in his latest book Eleven Rings: The Soul of Success (to be released Tuesday, per ESPN), the Zen Master takes a stand, noting MJ’s superior leadership and defensive skills, among other tidbits. If anybody knows the answer, it’s this guy, right? Well, even that’s a little subjective—after all, Vino still has a promise he has vowed to keep. As the saying goes, only time will tell—so enjoy your weekend and stay tuned.
(ESPN NBA)