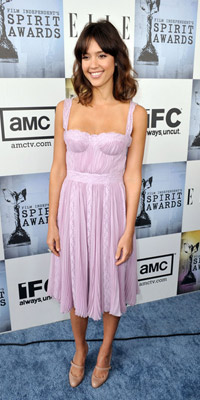 Good news for movie stars and entertainment reporters alike (hey, hey, Kari Mozena): Film Independent, the non-profit behind the Spirit Awards, has just announced that, after a one-year stint at LA Live, the industry darling of movie award shows is returning to their much more casual beach setting in Santa Monica next February (nominees will be announced late next month).