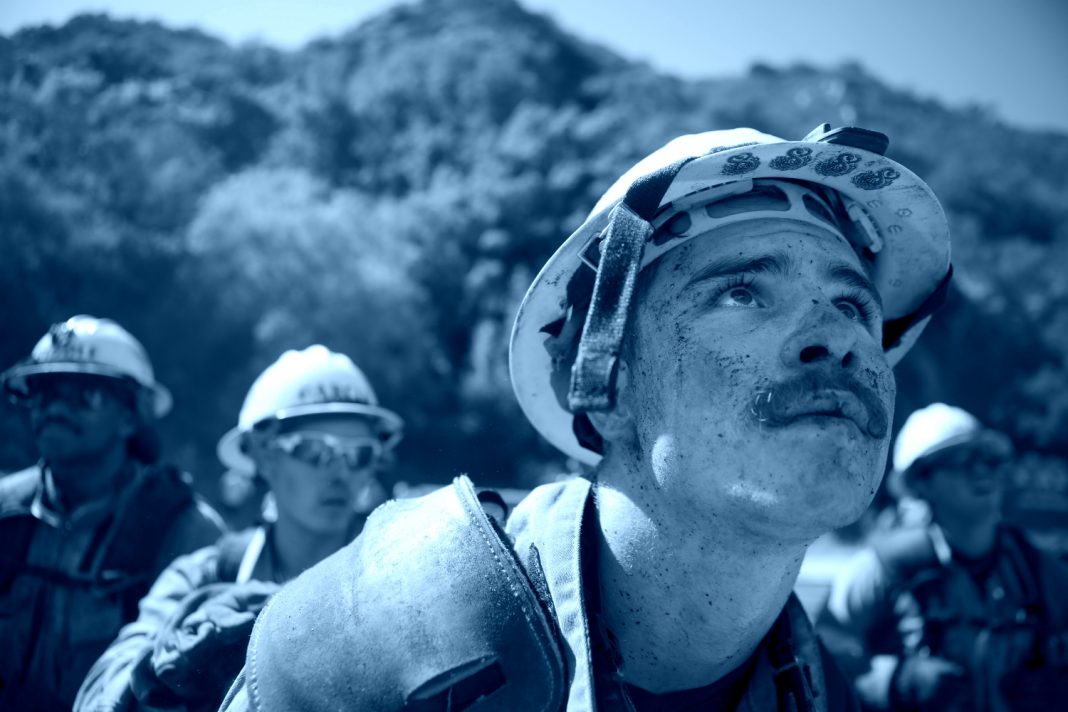 » A fire in Pacific Palisades on Monday burned nearly 40 acres and triggered a number of evacuations. Arson investigators were on the scene, though a cause for the blaze has yet to be declared. Elsewhere in the region, small brush fires erupted in Whittier and Elysian Park, and fire response teams in Santa Clarita braced for “red flag” conditions.  [CBS Los Angeles]

» And, sadly, high winds are expected to blow through Friday, and much of California is under high fire risk. [Los Angeles Times]

» As a reward for their loyalty, Verizon internet and unlimited wireless customers will get a year of Disney’s new streaming service, Disney +, for free. The platform, which launches on November 12, will have more than 25 original series, including Jeff Goldblum’s new show. [The Hollywood Reporter]

» Your next trip to Las Vegas could be a whole lot faster. Virgin Trains USA hopes to launch a high-speed train from L.A. to Vegas in 90 minutes as soon as 2023. Virgin execs say traffic on the 15 has become “intolerable” and that a train could replace millions of car trips per year.  [Reno Gazette-Journal]

» Individual activists are trying to chip away at the housing crisis by removing properties from the speculative real estate market, using their own savings to buy them up themselves and convert them into homes that can be rented below-market rates.  [Los Angeles Times]

» After sitting on the market for over a year, the Ennis House has finally sold. At $18 million, it’s the most-expensive Frank Lloyd Wright house deal ever. The anonymous buyer scooped up the iconic home–seen in Blade Runner and numerous other films–for a pretty good deal. The seller paid $4.5 million in 2011, and invested some $17 million in an extensive restoration.  [Curbed]

» Mexico’s homicide rate has hit historic level this year, primarily due to violence related to drug cartels. One study finds that over a million people have been displaced by the violence, with many attempting to make it to safety in the U.S. The spike in fatalities is linked to a number of factors, including a post-El Chapo power struggle, and American drug users switching to synthetic opioids.  [The Daily Beast]

» Dunkin’ is the latest fast food chain to hop on the plant-based train. The breakfast behemoth is rolling out a Beyond Meat sausage sandwich to locations nationwide starting on November 6.  [Restaurant Business]

» Drake and J. Balvin’s favorite tattoo artist is setting up shop in L.A. Copenhagen-based Iron & Ink Tattoo Studios will open a West Hollywood location. The studio’s founder, Hawaro Juuland, was a Kurdish refugee who fled to Denmark as a child. At his American studio, he’ll make a point to host elite tattoo artists from around the world. [The Hollywood Reporter]

» Amid a SoCal heatwave, Anaheim was the hottest place in the country on Monday. [L.A. Daily News]

» Weedmaps Lays Off 100 Employees Amid Financial and Legal Struggles. The Irvine-based company had drawn scrutiny for allowing illegal pot shops on its platform.

» A Man in a MAGA Hat Was Arrested for Allegedly Dousing Anti-Trump Protesters in Bear Repellent. A Santa Monica anti-Trump protest ended with a Trump supporter in cuffs.

» A Janitor in an Immigrant Detention Center Turned Confiscated Items into Works of Art. From a baby shoe to a diary entry to a collection of toothbrushes, photographer Tom Kiefer made ”trash” into a reflection on humanity.

The L.A. Zoo announced the birth of a female Masai giraffe calf. “I am beyond thrilled to welcome this newest giraffe into our herd,” said Mike Bona, animal keeper at the L.A. Zoo. “Every Masai giraffe birth is important to this species, especially since they were officially declared endangered earlier this year. I hope every visitor that comes to see our new calf will also learn about their status in the wild and be inspired to help make a difference.”