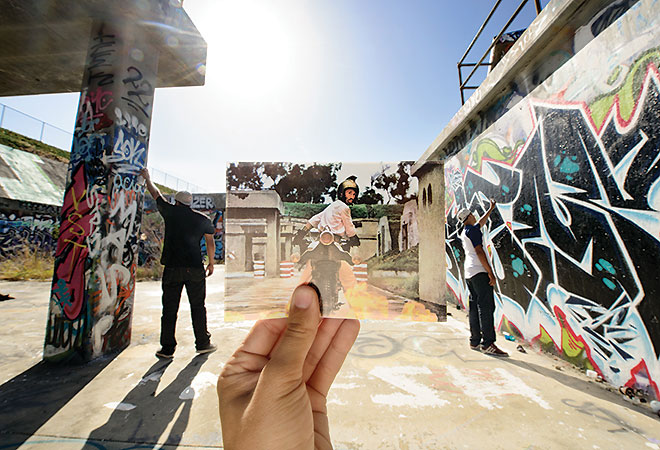 It was a match created in exploitation heaven. Roger Corman, who’d made a career of producing cultworthy schlock, chose freewheeling actor David Carradine to star in Deathsport, a postapocalyptic drama about a nomadic hero who’s forced into a deadly motorcycle race. The Kung Fu star rarely turned down a project, once admitting, “I did 80 movies that went straight to video.” The explosive finale was filmed in 1978 (inset) at Battery Barlow-Saxton, a decommissioned army station in San Pedro. The crew let loose with the pyrotechnics as Carradine’s character raced through the complex. The graffiti-embellished facility is currently owned by the LAUSD and continues to make appearances in movies and commercials.