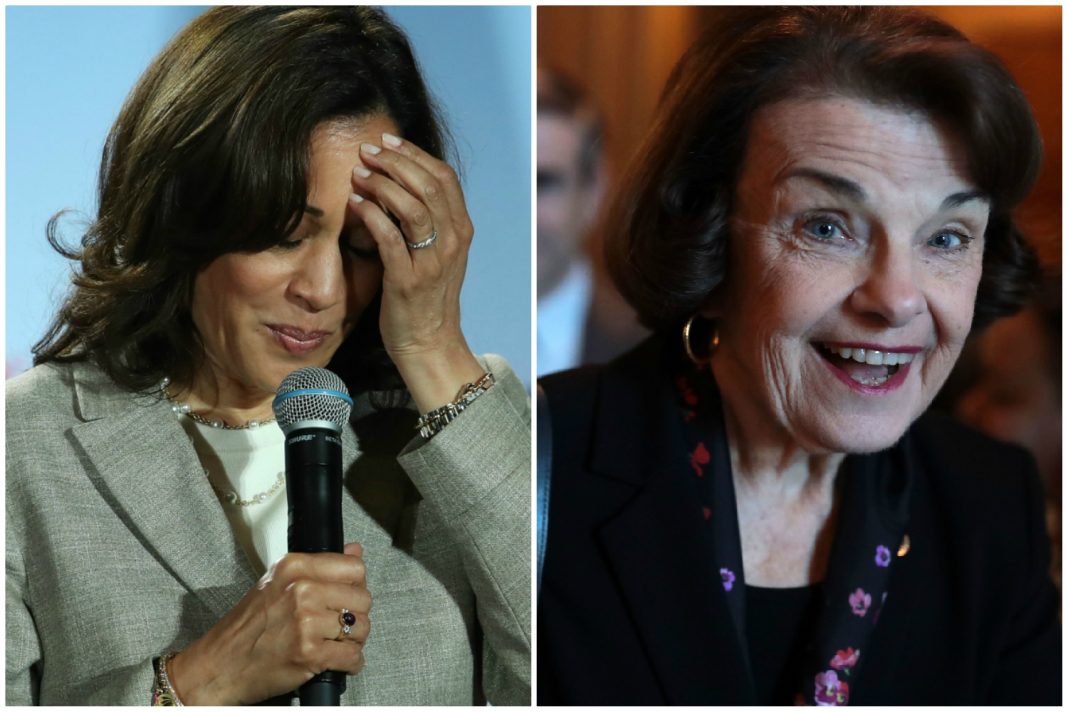 California Senator Dianne Feinstein has officially endorsed Joe Biden as her pick for the Democratic nominee in the 2020 election, handing her fellow Bay Area Senator Kamala Harris’s campaign yet another setback.

“I’ve worked closely with Vice President Biden and I’ve seen firsthand his legislative ability, his statesmanship, and most importantly his moral fortitude,” Feinstein said in a statement yesterday, which did not include any mention of Harris. “During his time in Congress and in the White House, Joe Biden has been a tireless fighter for hard working American families.”

Feinstein’s endorsement should come as no surprise. In January, she said she preferred Biden for the nomination although he hadn’t officially announced his campaign, adding that Harris, who was elected to Senate in 2016, was “brand-new here, so it takes a little bit of time to get to know somebody.”

The senior senator also threw a fundraiser for Biden at her San Francisco home last week, where her husband, Richard C. Blum, handed out invitations to another fundraiser to follow at the home of Paramount Pictures chief Jim Gianopulos in L.A.

Harris, who declined to comment on Feinstein’s Biden nod, has been struggling with a flagging campaign all summer after many thought she might challenge Biden as the front runner when she smacked him down in the June debate. But her poll numbers continue to slide back into the single digits as she trails Biden, Elizabeth Warren, Bernie Sanders, and, by some tallies, even Pete Buttigiege.

Theories vary on why, exactly, Harris has lost so much heat. Some say with her record as a tough-on-petty-crime state attorney general, she’s seen as too conservative for this primary field and that she’s run a lackluster campaign full of contradictions and walk-backs. Others point out that Biden and Warren are just really good candidates. Sadly, a lot of pundits also fear that a candidate of color simply can’t take the Midwest from Trump in 2020.

RELATED: Kamala Harris Is Eyeing Iowa to Reverse Her Summer Slump—but Can That Save Her Campaign?