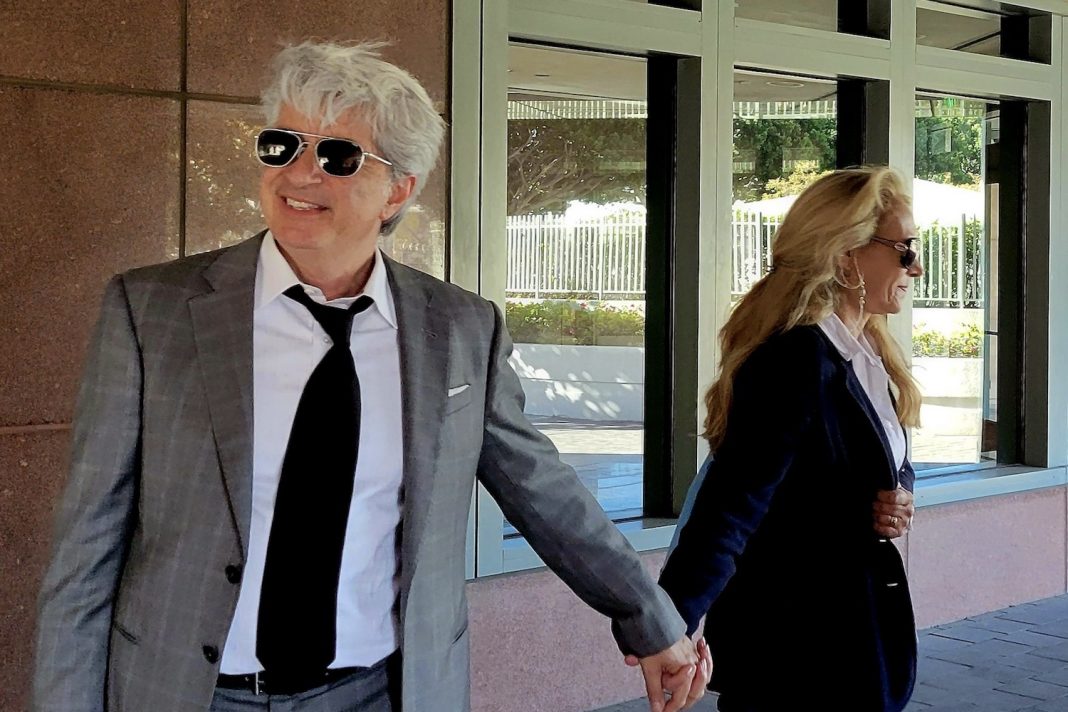 The fate of a former national security agent for the FBI who has been accused of selling top-secret intelligence to an Armenian mobster now rests in the hands of a Los Angeles jury that has heard two weeks of testimony centered on coke-fueled sex romps, boozy Beverly Hills dinners, Vegas party houses, private jets, Calabasas mansions and dirty money that made it all the way to Gov. Gavin Newsom and a slew of other prominent politicians.

“I hide in plain sight,” Babak Broumand, a 20-year FBI man who retired in 2019, weeks after colleagues ripped through his Bay Area home, a Lake Tahoe vacation house and two unlicensed lice removal companies he called Love Bugs, testified in his own defense this week at his blockbuster trial.

Broumand was talking about his work as a HUMINT agent recruiting human confidential sources to prevent terrorism. But Assistant United States Attorney Ruth Pinkel said the FBI agent lived by that same edict when he was feeding clandestine intel to admitted Armenian underworld figure and career conman, Edgar Sargsyan and lying about that relationship to FBI officials.

“He already retired from the FBI—he forgot to tell them, forget to stop taking a paycheck,” Pinkel told the jury in her closing rebuttal argument. “He was working for Edgar Sargsyan.”

Sargsyan was introduced to the Gucci-belt-wearing, Rolex watch-flashing FBI agent by his Pillar Law Group partner, Henrik Mosesi, and soon the three men were partying together at an ultra-exclusive Beverly Hills cigar lounge the Grand Havana Room, taking a party bus filled with escorts to Vegas, and laughing over lavish, boozy dinners in L.A. hotspots. The friendship turned corrupt, prosecutors say, when Broumand agreed to “do a little something on the side” and moonlight for Sargsyan in exchange for cash, a Ducati motorcycle, and lavish goods and services, including a high-priced hooker.

On the eve of the agent’s trial, Sargsyan dropped a bombshell confession on his federal handlers saying he had paid Mosesi $20,000 a month to study for the California State Bar in 2015 and provided a fake California driver’s license with Sargsyan’s photo and Mosesi’s name when he took the exam in 2016. When Mosesi passed the exam, Sargsyan gave him a Rolex. The men, along with a third Pillar partner, Art Kalantar, traveled to Sacramento to celebrate Sargsyan with a real swearing-in ceremony for the phony lawyer, an event that ended with a photo op: Sargsyan propped with the law license he didn’t earn shaking hands with Senate President Kevin de León in his State House office.

The Bar Exam scam was a “secret” that was supposed to die with the three men, but Sargsyan’s 11th-hour confession has now caught the attention of State Bar of California officials, a spokesman told LAMag. “The reported allegations of misconduct by Mr. Sargsyan’s partners, Mr. Mosesi and Mr. Kalantar, are serious,” the State Bar said in a statement but declined to comment on whether the men, still practicing law, could be disbarred.

Mosesi was subpoenaed to testify in the case but invoked his Fifth Amendment rights on the stand. It was the second time during Broumand’s trial he would be reunited with his past. When Sargsyan took the stand, Broumand muttered “mother-f-er,” under his breath while massaging a Greek rosary wrapped around his left hand.

The partners in Pillar Law Group were prolific political fundraisers, holding events for Hillary Clinton and Gavin Newsom. Sargsyan raised so much money for the Governor, Newsom stopped by the firm’s Beverly Hills office to “say hello,” and pose for a picture in front of a wall festooned with photos of the fake lawyer with movie stars and politicians. Among them: former Secy. Clinton, former President Barak Obama, and former Governor Arnold Schwarzenegger. When Newsom left, Sargsyan texted his FBI connection writing, “We had lunch and talked about everything—including Levon.”

That would be a reference to Levon Termendzhyan, the reputed Armenian mob boss of L.A. who Sargsyan called his one-time mentor. Among the charges in the six-count federal indictment Broumand is accused of hiring an investigator to follow Termendzhyan and run his name through FBI databases on Sargsyan’s behalf, reporting back that it “rang all the bells.” With that, according to court records, Sargsyan began to extort funds the boss was moving through the Pillar Law Group. When he got caught, he panicked, declaring: “I’m a dead man, my life is over,” and went into hiding.

Then, Sargsyan, a man with two sprawling resort-style mansions in Calabasas, two private jets, a Lamborghini, a Bentley, and a Rolls Royce, cut a deal with the FBI—behind Broumand’s back—to cooperate and even wore a wire for investigators to meet with the agent after his homes and businesses were raided. It was one of many betrayals connected to Sargsyan that landed his former friends in prison.

Sargsyan testified in the trial of another corrupt agent, Department of Homeland Security Investigations and former Border Patrol agent Felix Cisneros, landing him in prison. His cooperation also led to the conviction of Glendale detective Jon Balian.

And he was a key witness in the Utah federal grand jury investigation of Termendzhyan, “the Mafia guy he looked up to,” Gruel said, and his partners in the Kingston Clan, a polygamist cult, who have since been convicted of pulling off a sprawling international biofuel scheme. In both his grand jury testimony and in court, Gruel pointed out, Sargsyan said he was an attorney, part of his pattern of being a “serial liar.”

Gruel told the jury about to decide his client’s fate that the government’s case against Broumand “all goes back to Sargsyan’s word,” and that, he added, “is worthless.”

Sargsyan remains the last man standing. Even after pleading guilty to a 10-year credit card conspiracy that ran up debt in the names of J-1 visa holders, a scam that made him millions, and admitting that he used his fake law license to visit La eMe gang shot-callers in prison to “bring messages to the outside,” Gruel said, he has to date never served a single day in prison or paid back a single dime in ill-gotten income.

For his part, Gruel said, Broumand knows he used bad judgment. But his biggest mistake was “being Edgar Sargsyan’s friend.”