Home Urban Development The Fault in Our Skyscrapers 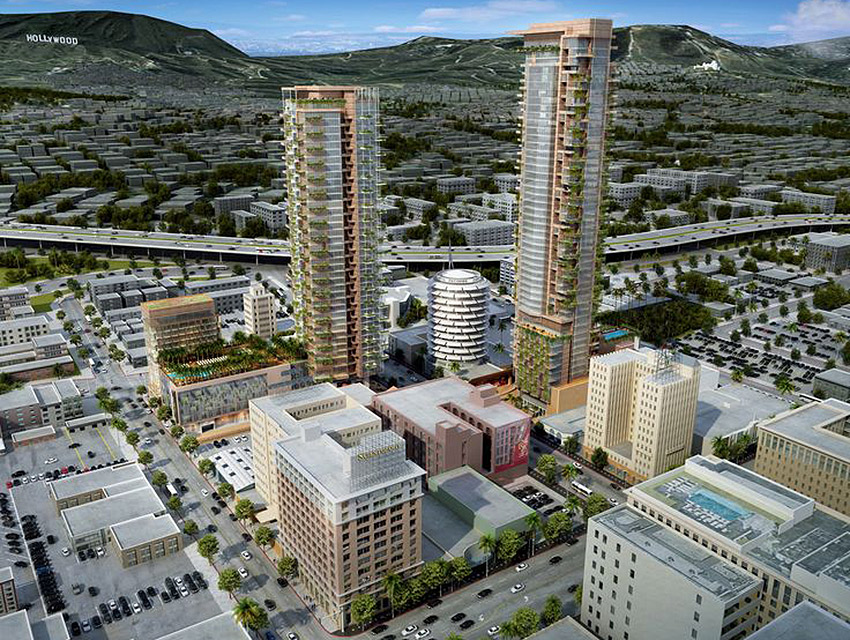 Last September, we told you about three L.A. neighborhoods slated for a major architectural overhaul. One of those areas is Hollywood, where plans for three new skyscraper concepts (the Sunset Gordon project, Columbia Square’s tower, and the Millennium Hollywood development) were already underway. In fact, the Millennium Hollywood, with its two 35- and 39-story buildings, will be the tallest complex in Hollywood history—if it ever ends up getting built.

Today, the California Geological Survey addressed citywide concerns regarding the Millennium Hollywood development, and revealed they believe it sits atop the Hollywood fault line, a fact that’s been a point of dispute. “We have a high degree of confidence that we have drawn the fault true to its location,” says Tim McCrink, supervising engineering geologist with the California Geological Survey. But more importantly, he continues, the map serves as an accurate zone map, which draws attention to the areas that could break during an earthquake. “A lot of focus is put on where we draw the black line,” McCrink says, “but the whole idea here is to make sure people don’t build structures on traces of the active fault. And we feel the zone boundaries are spot on.”

The CGS’s findings are in opposition with the opinion of Michael Reader, the Millennium developers’ own geological consultant, who holds that there are no active faults under the proposed building sites.

Should the project move forward, the Millennium Hollywood site will offer office space, restaurants, stores, housing, and hotel rooms, all of which could bring in about $1 billion in revenue for the city of Los Angeles.