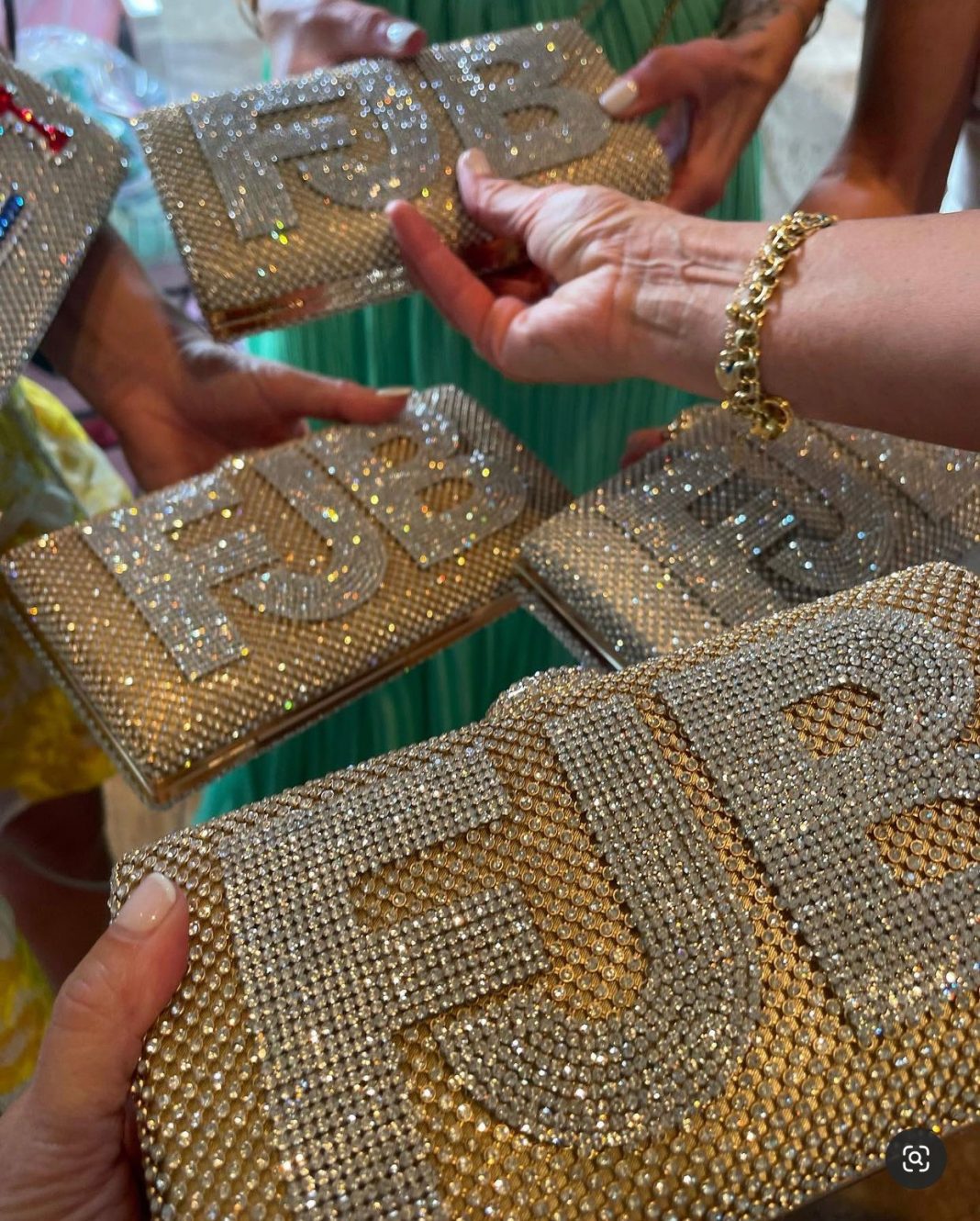 Never mind what those dead-eyed Hollywood libs say, Trump’s legions can be highly stylish. So be prepared to shade your eyes as untold numbers of Americans add the screaming bling of these “FJB” clutches to their ensembles this spring.

It’s unclear why Trump devotees would carry an accessory emblazoned with the acronym for “Fancy Joe Biden” in glittering rhinestones, but none other than Eric Trump’s wife Lara herself was featured modeling one of the bedazzled items on his Instagram Friday as he added gas to their vehicle all by himself, before what was surely a stimulating weekend jaunt.

As Loza Alexander’s toe-tapping anthem “Let’s Go Brandon” plays, the second scion of the Trump Empire—and the $1.3 billion in debt that comes with it—fills up at a Marathon gas station pump, to which a fun sticker of President Biden exclaiming “I did this!” is affixed in a sick burn reminiscent of the Carter administration.

The camera then pans to the must-have clutch, and then to Lara, nodding sagely and flashing an “RBF” that any backup dancer in an early-era Gerardo video would envy.

Although the caption accompanying a photo of the chic sacks being passed among various manicured hands in recent Twitter posts claims the baubles can be found “at Mar-a-Lago,” when Los Angeles called the Palm Beach retiree resort asking where we could get our hands on one, an operator informed us, “This is a private club,” and hung up.

We called Trump Organization HQ on Fifth Avenue in search of the golden gizmos, and a computer informed us that no one was available and to call back during normal business hours. This was at 2:34 in the afternoon… On Monday.

We finally lucked out when we found an Etsy entrepreneur selling a product that sure looks like the real thing for $180.

Brittany Aldean, AKA Brittany Kerr, is the singer, former American Idol contestant, and former Charlotte Bobcats’ Lady Cats Dance Team member who married country star Jason Aldean in 2014. What connection Kerr-Aldean may have to the sparkling carryalls remains unknown at this time.

Smart shoppers be wary, however, about where you send your credit card number. Our search for gold-colored things labeled “FJB” also brought us the this purveyor of Chinese clutch pads for tractors—although though they, too, might add a touch of pizazz to your old MAGA hat.