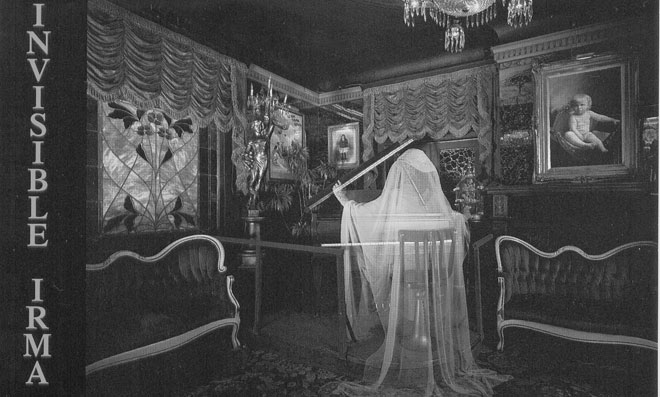 Since opening its doors on January 2, 1963, the Magic Castle has been a beloved icon of myth, mystery, and illusion—and a hangout for Hollywood’s biggest names. From Cary Grant’s grandstanding to a middle-of-the-night run-in with a ghost and the fire that threatened to destroy the venue late last year, Milt Larsen, who founded the members-only club for magicians and magic lovers with his late brother, Bill Larsen Jr., conjures five essential stories from the castle’s 50-year history. MID-’60s
Cary Grant loved magic, and when we opened the castle, he was one of our very first members. That was in the era of superstars. When Cary walked into a room, there was a hush. You don’t get that with stars today. Well, he was here waiting for some guests to arrive one night, and my brother and I sat with him at the upstairs bar. He got fidgety and his guests were very late in meeting him, so finally he excused himself and went to wait in the lobby. He was down there about 15 or 20 minutes, and when people came in, he said, “Welcome to the Magic Castle. If you go over to that little owl and say ‘open sesame’”—he did the whole entrance speech, and people would come upstairs to the bar and say, “Where did you get that guy? He looks just like Cary Grant!” MID-’70s
We had run out of space in the old mansion, and one day we were having a party for a couple hundred people. Well, the fire department had requested several times that we should have fire sprinklers and stay at capacity. We weren’t ignoring them, but we honestly didn’t have the money to put pipes in the ceiling. At any rate, that night they said they were going to put a fireman at the door and after 50 people they would start turning people away. The fireman said, “Why don’t you move people into the parking garage?” We called up John Shrum, who was the art director for The Tonight Show with Johnny Carson, and said we have to turn the second floor of the parking lot into a nightclub for tonight! This was at about two o’clock in the afternoon. And trucks started arriving—it was like those old western pictures with the military coming over the hill and chasing the Indians. Sets came from 20th Century Fox and NBC and Walter Allen Plant Rentals, and by 5:30 the second floor of the lot looked like a Paris nightclub! It was so popular, we added the annex that’s here now. People don’t know it’s two buildings; it’s all an optical illusion. EARLY ’80s
On a dark and stormy night I was doing some work around the castle and it was raining, so I didn’t want to go home. My office had a big couch and everything, so I decided to spend the evening. It’s kind of a spooky place to be in, but I had done that before. Well, in one of the lightning flashes all the power went out. It was pitch-black, but I had a flashlight, so I got up and wandered downstairs into the dining room, and I heard the Irma piano playing. Well, that’s weird because there was a power failure. Without giving any secrets out, it couldn’t work without power. Just as I got down to the main bar, it stopped. And it wasn’t just in my mind—there was a piano and it stopped. It was pouring rain outside and I’m alone with the doors locked. Sometimes you start believing the stories. You write a little fiction, like about the ghost of Irma and then you think, Wait a minute, this is a little too close to the truth. I never did figure that one out. EARLY ’90s
Steve Martin is a member, and he did a very funny thing on The Tonight Show—“The Great Flydini.” He had a fake arm, and he’d unzip his fly and a hand puppet would come out, a little opera singer. It was absolutely hilarious. While he was rehearsing the act, which was put together by one of our members, he wanted to practice. So he’d come in unannounced and we’d present the Great Flydini, and he’d come out, much to the surprise of the audience. People loved it. EARLY 2010s
On Halloween last year, a roofer’s blowtorch was accidentally tipped over or something, and it started burning up in the attic. A smoldering fire became a real fire around 11:30 in the morning. They smelled smoke up in the offices on the third floor and looked out the window and saw smoke, then very quickly got everyone out of the house and called the fire department. The weird thing about all of this is, there was a lot of extensive damage on the attic floor and the third floor—not so much fire damage as water damage from putting the fire out. The room directly below where the fire started is the Dante Room, named after Dante the Magician. Now Harry Houdini died on Halloween in 1926. The fire department pinpointed exactly the time the fire had to start, and it was exactly the time Harry Houdini died, almost to the minute. The weird part is, Houdini was not fond of Dante the Magician. His room was really totaled. Our Houdini Room wasn’t scratched. It was weird! Everything is restored now. A half-million dollars later, it’s as if the fire never happened.