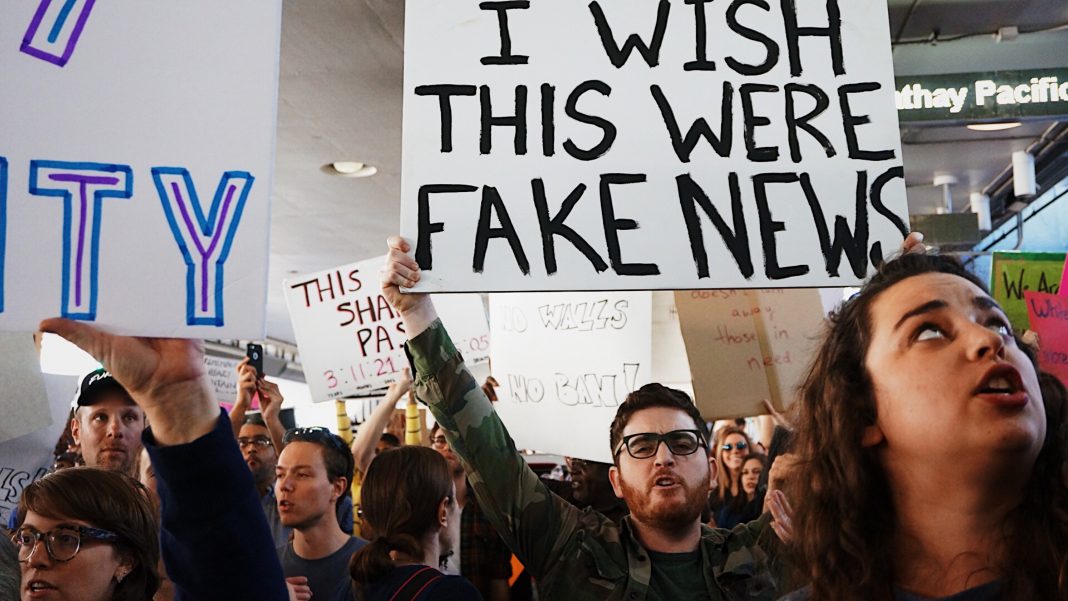 Photo by Kayla Velasquez on Unsplash

It may be a busy few days for L.A.’s activist community. On Thursday, progressive groups are calling for nationwide protests to demand the release of the full Mueller report, with several actions scheduled around SoCal. Friday, President Trump arrives in L.A. for a fundraising swing, which is also expected to be met with demonstrations.

Attorney General William Barr has so far released only a four-page memo with his interpretation of the 400-page text of the Mueller report. While Barr’s office has stated it intends to release a somewhat more complete version later this month, progressive groups are calling for nationwide protests at 5:30 p.m. on April 4 to demand the release of the complete, unredacted findings.

There are eight local demonstrations listed on the Trump Is Not Above the Law organizing site, which is backed by Move On, Public Citizen, Indivisible, March for Truth, Stand Up America, Common Cause, and People for the American Way.

The site does not make RSVP counts public, so it’s hard to accurately estimate the expected turn out numbers. NBC News has reported that the organizers claim as many as 16,000 people have signed up for the largest of the protests, which will take place at the White House. While the demonstrations may be small, they are scheduled to take place during evening rush hour and could potentially cause some traffic delays.

For Donald Trump’s fundraising tour, little has been announced as of Thursday. We know he will be in town for a high-dollar donor event on Friday, which will likely result in traffic stops as he moves across town.

Unconfirmed reports say that the fundraiser will be at the home of Lee Samson, a conservative health care industry executive, in Beverly Hills. Air Force One is scheduled to arrive at LAX this afternoon, after Trump pays a visit to a border wall construction site south of San Diego, according to the Daily News.

The president is expected to arrive at the fundraiser at 2:25 P.M., per a schedule released by the White House. He’ll wrap up with a speech at 5:45, and leave at 6:20–which should have him heading back right around evening rush hour. Deadline reports that he’ll be driving to Santa Monica Airport, where he’ll hop on Marine One for the return to LAX, from which he flies to Las Vegas for another fundraiser.

As details of his movements continue to be confirmed, it’s likely announcements of protest actions will follow, as happened the last time Trump paid a similar visit.

RELATED: Meet the Angelenos Who Protested the President at the “Trump Not Welcome in L.A.” Rally