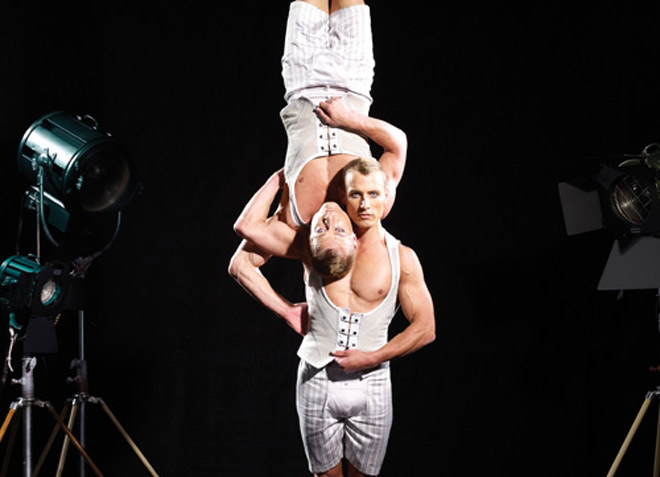 A scene from Iris.

Cirque du Soleil announced in late November that it would close Iris as of Jan. 19, quite a turnabout from what the Canadian entertainment troupe had been promising when it first signed on for a 10-year run. Actually, there have been signs that the show was struggling, including too many tickets being available on discount sites. This was supposed to have been a game changer for Hollywood—a huge economic infusion for the area because if you went to see Iris, you might also have chosen to have dinner nearby. Some out-of-town Cirque lovers might even have wanted to stay the weekend. Well, it just didn’t click. Maybe it was the high ticket prices, or the good but not spectacular word of mouth, or the fact that Hollywood remains a work in progress as far as being a cultural destination—or maybe the idea of having a permanent show in a place like Los Angeles was unrealistic in the first place. Over the years a few productions have enjoyed extended stays in L.A. (Phantom of the Opera was here for four-and-a-half years), but the Cirque du Soleil production hadn’t come from Broadway—hadn’t come from anywhere. Everyone just assumed that because Cirque had been successful in other large cities—especially Las Vegas—its show would be successful here. The L.A. City Council certainly assumed as much: It signed off on a $30 million loan from the Community Development Department to the CIM Group, which owns the Dolby Theatre, formerly the Kodak Theatre. At least taxpayer money was not involved—funding came from private investors who had bought federally guaranteed notes. And CIM said it would repay the entire obligation of the loan in full. Still, this is a disappointment on many levels. For the Hollywood business community, it’s another reminder that the place remains a tough sell. For L.A. City Councilman Eric Garcetti, who masterminded the federal loan package, it’s a political embarrassment. And for CIM Group, it’s back to the drawing boards on how to fill the Dolby Theatre year round. The main reason that Cirque was approached about a permanent show is that the theater had been dark for much of the year (aside from the six weeks when the place is used to host the Academy Awards). The one consolation is that Cirque du Soleil invested almost $50 million to enlarge the backstage so it could accommodate its show. Presumably, those additions might entice production companies to book the Dolby Theatre.