Home Urban Development The Housing Crisis Upward of 300,000 L.A. Households Could Be at Risk if the State’s... 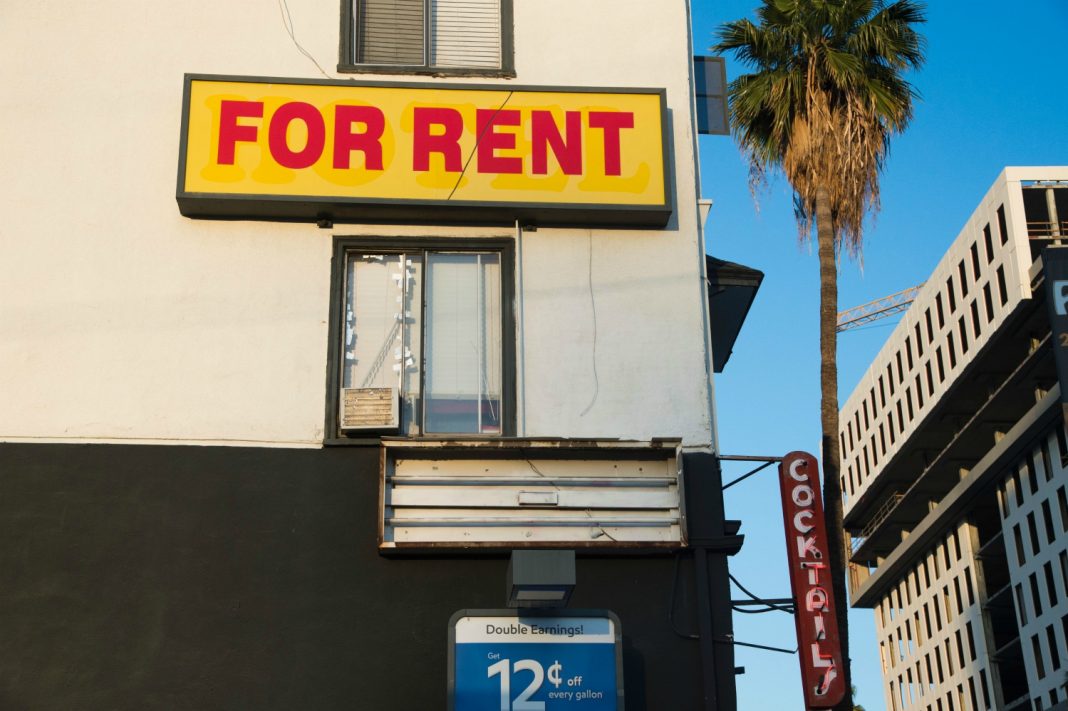 California landlords have been prevented from legally evicting tenants since the state court’s rulemaking body, the Judicial Council, issued a decree in April to temporarily halt all eviction proceedings amid the coronavirus pandemic. Now, the council has announced that the moratorium could be lifted next month, and a UCLA study says that such a move could end in a catastrophic new surge of homelessness in Los Angeles.

In stating that the decree could expire as soon as August 14, Justice Cantil-Sakauye explained that any further protections should be considered by Governor Gavin Newsom and state legislators.

Another reason the Council may want to remove itself from the controversy is a lawsuit brought against it last month by the Pacific Legal Foundation, which argues that the moratorium represents a “classic policy decision that is properly the legislature’s domain, not the Judicial Council’s.”

At a press conference Friday, L.A. Mayor Eric Garcetti said he was “disappointed” by the Council’s announcement, and that it was unrealistic that lawmakers could act quickly enough to avoid a disaster.

“I agree with California’s Chief Justice that our state legislature should act,” Garcetti said, adding, “But the reality is that these measures need more time to pass. And the insecurity that getting rid of the eviction moratorium would give all the renters in this state would be very, very bad.”

As ABC 7 reports, a recent study by UCLA law professor Gary Blasi predicts that the moratorium’s end could be worse than anything Garcetti has imagined.

Published in late May, the report, “UD Day: Impending Evictions and Homelessness in Los Angeles”—named for the day when landlords can once again issue “Unlawful Detainer” summonses, or eviction notices—estimates that roughly 365,000 renter households in L.A. could face eviction if state lawmakers don’t take swift action. The study included 599,000 workers who lost their jobs and are not getting unemployment benefits, along with 558,000 children associated with them.

The report proposes that rent be canceled or that tenants be allowed to pay a reduced amount of back rent when they start working again, while the state could mitigate landlords’ losses with tax credits.

Blasi also suggests that the County Board of Supervisors could avert the worst outcomes by evoking emergency powers, explaining, “They can stop all evictions. If they can seize property without any notice in fact, as long as the pay for it later, they can stop evictions.”

Another potential solution is to house people in Los Angeles’ largely disused hotels and motels. Nationally, at least 30 percent of tourist lodgings are empty. Researchers also warn that Los Angeles hotel rooms could remain unoccupied long after the pandemic is over, and that real estate speculators will rush in and buy them up at cut rate prices if the government doesn’t take them first.

Ananya Roy of the UCLA Luskin Institute on Inequality and Democracy, says, “We anticipate that 70,000 of these rooms will not return to business as usual for four to five years.” But, as the study points out, “While hotel and motel rooms can provide interim housing, they are not well suited for use by families.”

The study concludes by laying out the “last resort” option if neither local nor state lawmakers act: refugee camps. Of that grim prospect Blasi writes, “And if the only options the unhoused are given are refugee camps or the streets, no one should be expected to peacefully tolerate such a result, nor to forgive those who did little to stop it.”