Home Uncategorized Everything You Need to Know About This Saturday’s Immigration March in L.A. 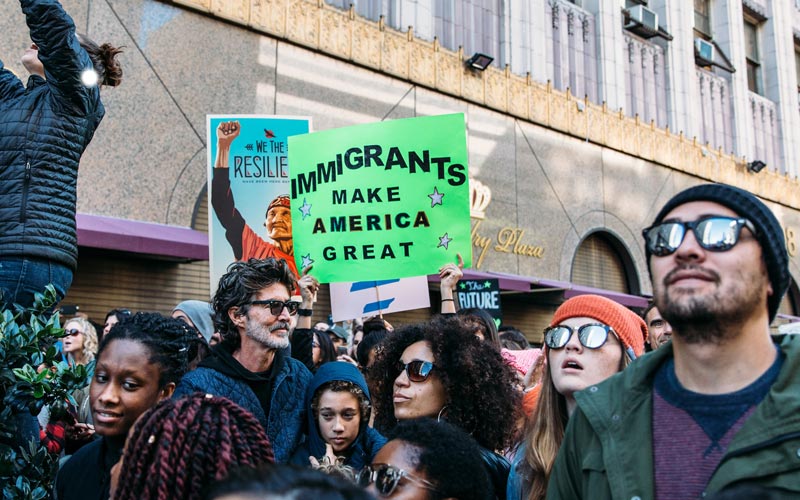 The arrests of over 100 people by federal immigration authorities last week sparked an impromptu protest, but now we’re taking it up a notch. As of this writing, nearly 20,000 people have RSVPed to the Free the People Immigration March on Facebook, with another 60,000 interested. Here’s what you need to know:

Where: The march begins at Pershing Square and will proceed to City Hall

Why: This is a protest against the border wall, the Muslim ban, and the president’s stance on immigration. The organizers’ list of demands also includes calls to:

Two additional demands have struck some as extreme—first, the call to “defund and dismantle the LAPD” and invest in schools, healthcare, and youth programs instead, and second, the call to “close prisons and detention centers now.” In response to concern over those two points, organizer Isaac Price wrote on Facebook, “That bit of the description is more symbolic.” He continued:

It’s meant to represent that we need major reform. In a place so oft referred to as the land of the free, we incarcerate more people than any other country, and an astronomical percentage of those incarcerated are people of color.

By investing in education, youth development, healthcare and other such infrastructure, we create safer communities.

Anything else? The organizers are currently raising money to pay for additional portable restrooms, as well as posters and flyers to spread the word to those without Internet access.

Thomas Harlander is a staff writer at Los Angeles magazine. You can follow him on Twitter and Instagram. He recently wrote: Donald Trump Actually Threatened to Defund “Out of Control” California