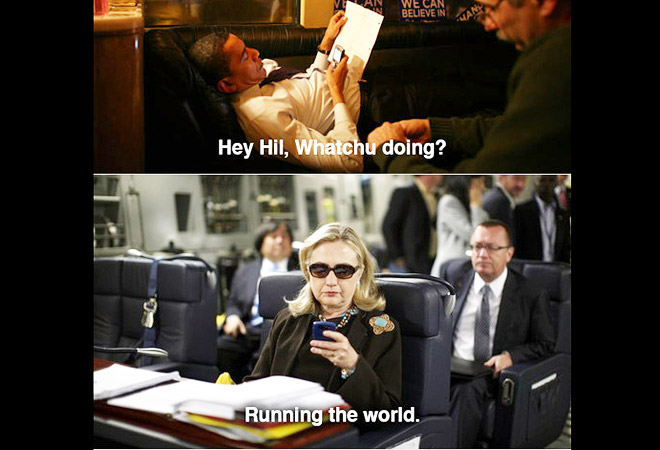 The University, which launched the series in 2001, has been striving to enrich the city’s cultural scene by bringing a potpourri of power players, world leaders, and influential decision makers to a local audience. In light of recent events (NSA scandal, anyone?) whatever Clinton might have to say about the current state of the country will surely be interesting—though we have a sneaking suspicion most audience members will be waiting for her to answer the million dollar question: Will she or won’t she be running for president in 2016?

Clinton will be joining the ranks of Bob Doyle, Tony Blair, Colin Powell, and Al Gore as a lauded guest of the AJU series. The event will be held at the Gibson Amphitheatre next Monday, June 24th, at 7:30 p.m. Tickets can be purchased on the AJU website.

Great News! In Multiverse Theory, There Are Infinite Worlds Where Donald Trump Did Not Win the Election