Home Uncategorized Escape from the Oscars 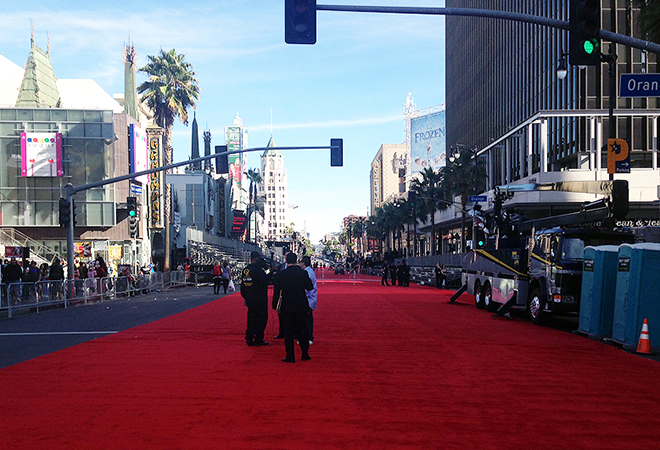 While everybody else is here, I will be eslewhere.

This Sunday is a very special one for me. Why? No, not because of the Oscars. Because I have no plans. The city will be surprisingly quiet, and I will happily take advantage.

First, I’ll do a little unpacking—I just moved into a new apartment, and boxes surround me like unwelcome gifts. I keep having to open them only to discover contents that I stuffed in a week earlier. I had to throw away an entire set of champagne glasses because one pesky spoon had nudged all of their fluty bases, sending a microscopic crack up their spines. I got them at the Rose Bowl Flea Market. They were a good find. Rest in peace.

According to my weather app, it’s supposed to be cloudy, the temperature in the 60s, which means I can still wear shorts, but will need a sweater. At some point I’ll wander around the new nabe, which is in walking distance from the District La Brea cool-borhood. Maybe I’ll stop into Steven Alan to peruse new candles from P.F. Candle Co. or Le Feu De L’Eau. Do I really need that $200 leopard Acne sweater? Probably not. But I can drool over it like I did last week. Then I’ll mosey over to Sycamore Kitchen to grab a sandwich before popping into Shelter Half, who have been keeping it really real in terms of supporting local creatives. On my last visit, I noticed they had goods from Ben Medansky, Paper Chase, Aether, Made Solid, The Essential Man, Life+Cycle, and more. Hopefully I’ll find some good, giftable items to give my new neighbors, items that say, “Nice to meet you! Enjoy this preemptive apology for being so noisy.”

Dang, that reminds: I need to stop at Petco on La Brea to get Dottie and Scooter’s nails trimmed. Their tap-dancing on the thin wooden floor has got to be hell for the people downstairs. I’ll have to buy those neighbors two candles. I’d like to explore my new hood’s transportation capabilities, maybe ride the bus and eat somewhere new. Perhaps I’ll take the 14 down Beverly to finally try Dominick’s, or the 212 down La Brea to Republique, or the 720 down Wilshire to Bestia or Orsa & Winston? Ugh. Too many good restaurants, too little time. But at least they’ll be empty tonight!

It’s just another day. I have no involvement with the movie industry, and despite my love of film and some of this year’s nominees, I don’t feel that participating in the hoopla is necessary for locals. If anything, this parade put on by an insulated community for the benefit of outsiders furthers our isolation from Hollywood. Perhaps I’m a deep shade of jade, but I want this Sunday to be a good one for me. It will be like Coachella or the last two weeks of December—rare Los Angeles days when the city slows and you can do something you’ve always wanted to do. I can catch up on things that I’d previously been distraced from. I can do Los Angeles on my own terms. I can eat at a trendy restaurant and unpack my apartment.

For that, I would like to thank the Academy.