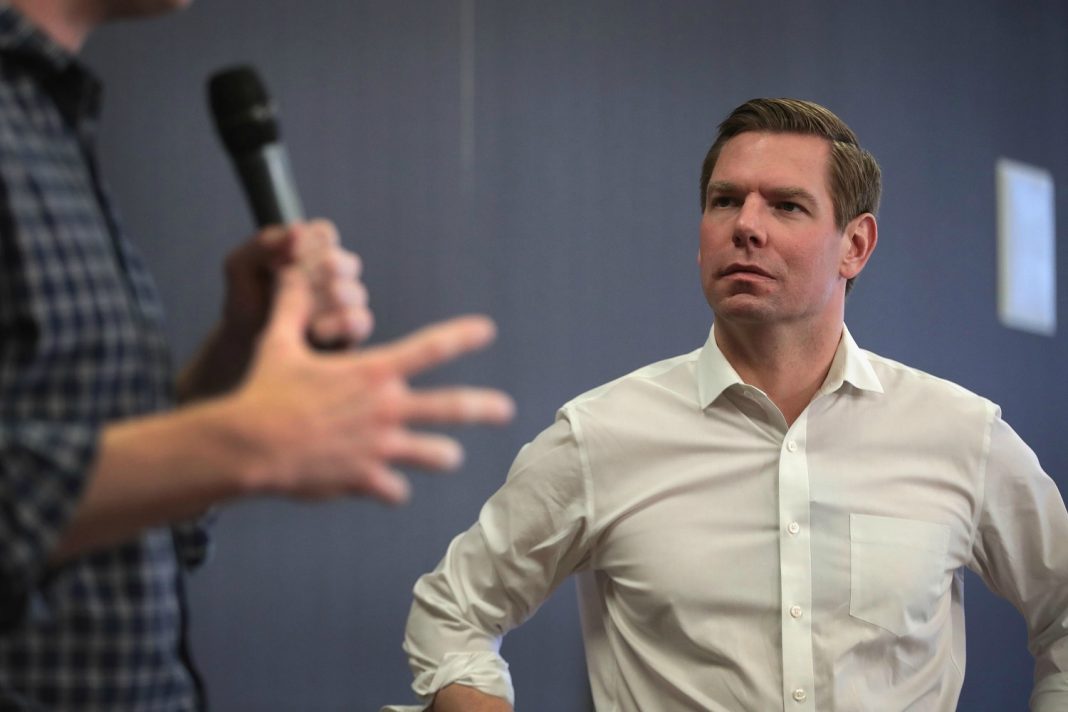 Eric Swalwell decided we needed another Democratic candidate for president, and that person is him. The 38-year-old Congressman, who represents a district in the Bay Area, announced on The Late Show with Stephen Colbert that he’s running for the nomination because the United States needs “a leader who is willing to go big on the issues we take on, be bold on the solutions we offer, and do good on the way that we govern.”

TONIGHT: California Representative @EricSwalwell announces on @colbertlateshow that he is running for President! #LSSC pic.twitter.com/bvzBPIkSnz

His first step will have to be explaining to Democrats why he is running at all. He clearly starts as an underdog and doesn’t fill a void in the field: there are already candidates that check the boxes he mentioned—in fact, most do.

Swalwell is the 18th Democratic candidate to announce. There are already members of Congress running. We already have a candidate from California. The progressive lane is very healthily filled. Young candidates have already announced. Overall, the Democratic field for president is already outstanding and diverse, and former Vice President Joe Biden is expected to join the fray soon. Democrats have a candidate running that can beat Donald Trump (although, admittedly, who’s best suited to do so is still up in the air).

So, why is Swalwell running? Is it ego? Does he think it’ll get him a spot in the next president’s cabinet? Is he looking for a way out of Washington? Does he think he can win? He should answer that coherently (and quickly) if he wants a chance at relevancy in a crowded field.

Swalwell was born in Iowa, which will help him get in the door in the first-in-the-nation caucus. So he does have that going for him as a start. In his introductory video he says, “I think our country needs new energy, new ideas, and a new confidence.”

It certainly takes confidence to run against the elite field already campaigning, but time will tell if he has new energy and new ideas.

RELATED: Kamala Harris’s Communications Director Has Politics in Her Blood