Home Politics Here’s What Eric Garcetti Had to Say About Housing Prices in a... 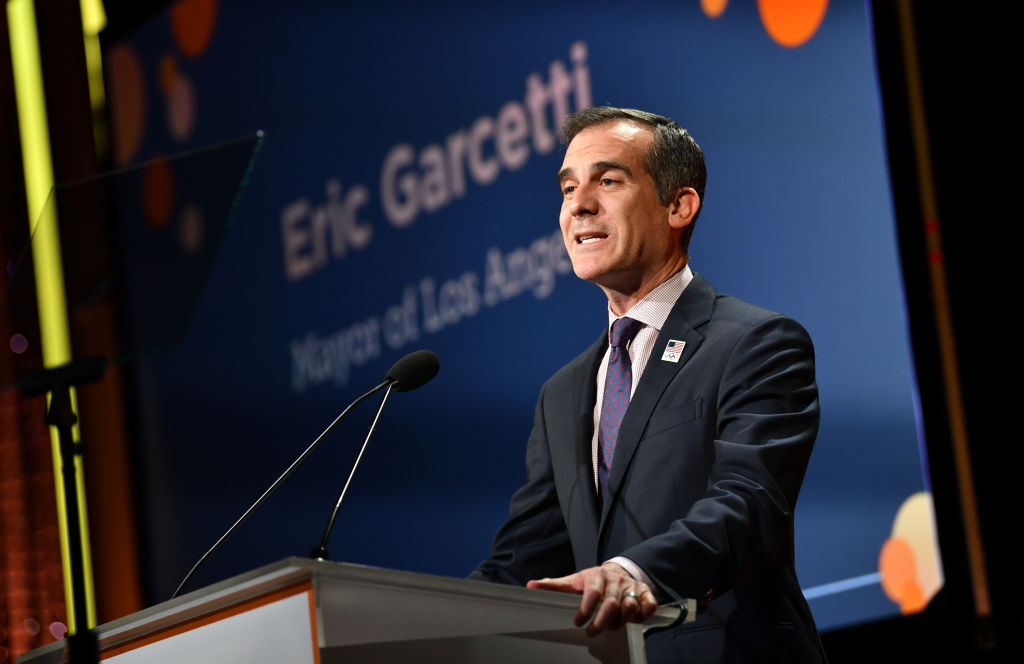 Here in Los Angeles, we might feel like we have a pretty good idea of what Mayor Eric Garcetti is all about, but as his national profile grows, we’re learning things along with the rest of the world. As part of a series, The Washington Post has been posing questions to possible presidential contenders about an array of subjects of national interest, and today’s edition focuses on Garcetti.

He has plenty to say about issues of global trade, immigration, and even the market share of Apple, but one thing that caught our eye was his statement about how regulations, zoning policy in particular, can impact housing costs right here in L.A.

“In L.A., my administration is working through the first comprehensive overhaul of our zoning code since 1946, and the bureaucratic inertia and parochial politics that delayed us to this point have absolutely hurt people and their quality of life,” he says in the interview.

Garcetti says we need to overhaul municipal rules for things like residential density and land use to keep up with how the city has changed in recent decades.

“Back in the 1940s, L.A. was filled with wide-open spaces and was home to a robust streetcar system,” he stated. “Our population was less than half of what it is today. As I write this, our metro area has overtaken New York City’s as the most densely populated region in the nation.”

Along with all that growth has come upward pressure on housing prices, he acknowledged.

“The cost of housing in L.A. has increased dramatically because more people want to live here. They come to Los Angeles every day, not just from around the United States but from around the world. Their hard work and hustle is creating jobs and driving our economy. It’s government’s job to bring that same ingenuity to our response. We’re doing that by using every tool at our disposal to create more affordable housing, including common-sense zoning.”

You can find the full interview online, along with the previous conversation with a Democratic party leader on the rise, Senator Elizabeth Warren.

RELATED: Who Is The Real Eric Garcetti?