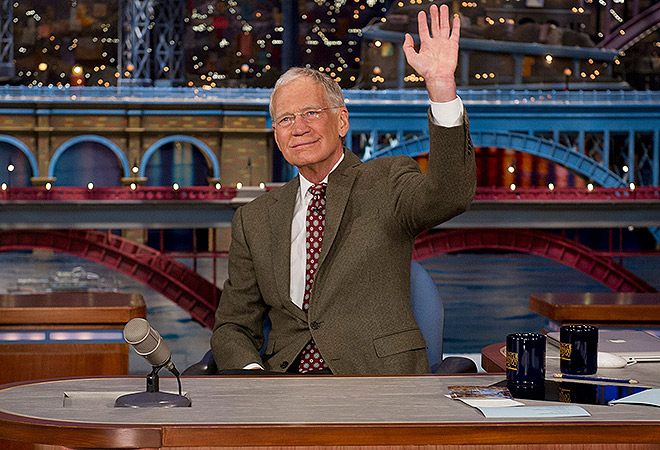 As a child, a friend and I wrote a letter to NABISCO kindly asking them to create a new flavor of Oreo. We called it the S’moreo (self-explanatory), and we felt certain the cookie company would hire us as creative directors upon the letter’s receipt—it was, after all, a genius idea. In case you haven’t noticed, though, I’m writing this blog post in lieu of taste-testing sleeve after sleeve of wafery goodness. Ah, fate. Let’s hope Mayor Eric Garcetti’s letter writing campaign goes a bit more smoothly: on the heels of David Letterman’s announcement that he will be retiring in 2015, Garcetti reached out to CBS Chairman and CEO Les Moonves with a simple request: Bring the Late Show to L.A.

“As a longtime fan, I was saddened to hear of David Letterman’s retirement,” Garcetti began. (Good start; it’s always wise to butter them up.) “But as Mayor of Los Angeles, I am excited for the opportunity to encourage you to bring CBS’ next late night show to our city—the entertainment capital of the world.” Zing! Sorry, New York.

Garcetti was the first but certainly will not be the last to reach out to Moonves—per Deadline, New York City Council Speaker Melissa Mark-Viverito got ahold of Moonves today to plead the Big Apple’s case (“I’m writing to urge you to keep future production and filming of the Late Show right here in New York City, where the program began and where David Letterman found such great success.”)

Garcetti’s request falls in line with his plan to revitalize the film and television industries on the home front amidst a massive loss of local production. Seeing as we’ve already lost Fallon to the dreaded island Manhattan, it’s only fair that L.A. has a chance at bringing some late night ha-ha’s back west.

Way to reach for the stars, Mr. Mayor. Here’s hoping that CBS will be far more obliging than NABISCO.