Home Uncategorized EpiDemic: A Bill That Would Require Schools to Stock EpiPens Advances in... 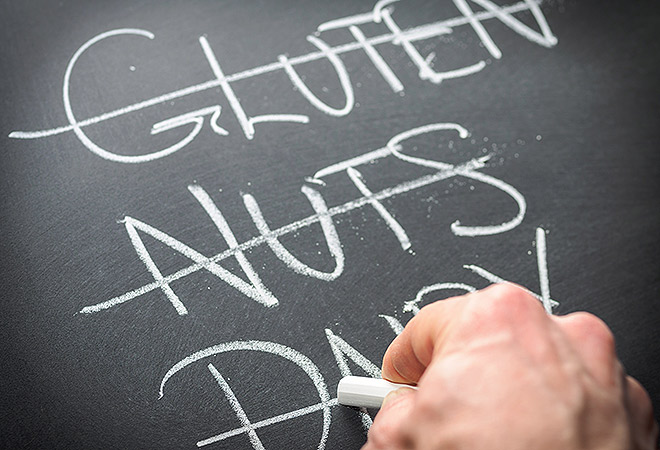 When Connie Green and her son go out to eat, choosing a restaurant is not a decision they make lightly—it involves weeks of planning, calls to the chef, and meticulously combing the online menu, all to make sure that her son will not suffer an allergic reaction. “Sometimes I even call the day we plan to go and make sure the same people I talked to are there and everything is in place,” Green says, “because it can be very dangerous.”

Green’s son Luke is severely allergic to peanuts and tree nuts, and if he ingests them, it can result in anaphylaxis, a life-threatening reaction to an allergen.

According to Green, living with someone who has a deadly allergy is more complicated than it may appear. It’s not simply about not eating the ingredient; it becomes an entire process that can be potentially offensive. It’s difficult to tell someone who has lovingly prepared food for your child that it’s not “safe,” Green points out.

She’s not the only parent who struggles. When Sharon Wong was asking schools if their classrooms were nut-free, she was told to homeschool her son. “That’s extreme exclusion,” Wong said. “He’s entitled to a free and public education. But I’ve had both good and bad experiences.”

Green and Wong helped found the grassroots organization California Advocates for Food Allergies in an effort to educate the state about the life-threatening consequences that so often accompany allergies. Green visited area schools, summer camps and daycares to gave talks about the symptoms of anaphylaxis and how to use an EpiPen, a small injector filled with epinephrine, or adrenaline. Using an EpiPen is the quickest and most effective way to save someone experiencing a reaction, she explains, and it only takes minutes to learn. And now, it seems as though the government is beginning to understand the benefits of having EpiPens on hand.

Senator Bob Huff (R-Diamondback) has authored a bill that would require schools to have EpiPens on their campuses at all times. When Green and Wong heard about it, they immediately contacted him to show their support. Huff himself was eager to present the bill, which passed in the Judiciary Committee last Wednesday. “This bill will save lives by ensuring emergency medication is available at schools, so we can be sure that all students with allergies are safe even when they don’t know they have any allergy,” Senator Huff said. Current law permits schools to stock EpiPens but doesn’t require it, though Wong alleges that most schools do not stock them nor are they aware that the law exists.

A few concerns have been raised about the bill during its time in the senate, particularly by the teachers’ union. In a recently published letter, the association expressed worry regarding training to administer medication against their will. And Senator Ben Hueso (D-Logan Heights), who voted in support of the bill, said he was concerned about letting teachers who were not medically trained make a diagnosis and decide whether or not to administer epinephrine.

When it comes to these apprehensions, Green would point out the bill’s concessions: if a teacher volunteers, they will be adequately trained; if there are no volunteers, the school administrator will have to be trained. Though Green believes that teachers would be more than willing to learn a quick procedure that could save a life, particularly in light of recent fatalities: Ammaria Johnson, a seven-year-old from Virginia, had a reaction in a school that wasn’t stocked with EpiPens. The nurse refused to give her epinephrine from another student because it would be against the law, and Ammaria died minutes later. Thirteen-year-old Cameron Espinosa dies in Texas during a football game because of an allergic reaction to ant bites. Though the school was stocked, his coach and other members of faculty weren’t trained to recognize the signs of anaphylaxis. “We do not want to lose a child unnecessarily in California, and then pass a law,” Green said.

The next step for the bill is to go before the Senate Appropriations Committee, where funding will be discussed. If it passes, it will be put to all the senators for a vote, but even after all that, the bill will have a long way to go: Best case scenario, it could go into effect as soon as the beginning of the school year in 2015. Until then, Green and Wong are working along with their organization to provide support and education about allergies. “I believe so much in this bill because it will save lives and bring long-needed understand of allergies in this community,” Green said. “Allergies are everywhere, and we should be prepared to protect all children equally.”

UPDATE: The Senate Appropriations Committee voted on Friday to move SB 1266 out of committee and to the Senate Floor. It, along with two other bills from Senator Huff,  will be scheduled for Senate Floor hearings next week.