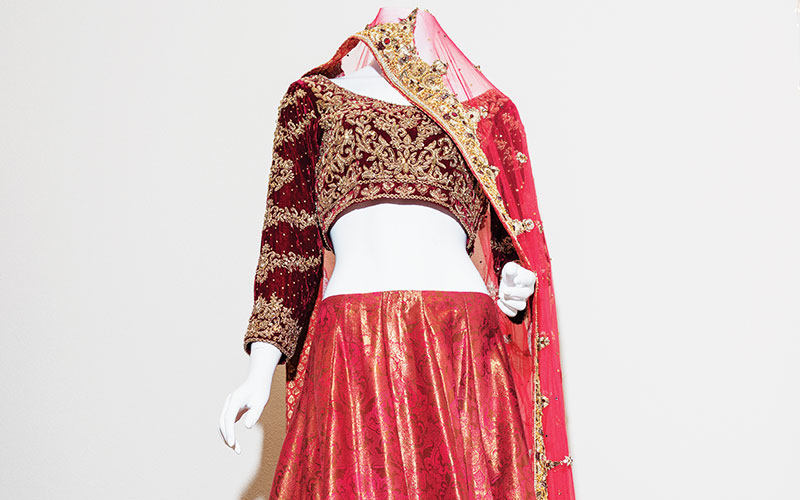 It doesn’t have the blue signage that designates other ethnic enclaves, but Pioneer Boulevard is the benchmark for  street food like bhel puri, imported tapestries, and traditional Indian textiles.

A photo posted by Mirage Couture Collection (@miragecouturecollection) on Aug 3, 2016 at 9:07pm PDT

For nearly two decades Mirage has attracted customers with its tony facade and extensive inventory of bridal lehengas, brightly patterned kurtis, and jewelry from Pakistan and India. The hand-beaded saris  are stunning, and the work of owner Samar Bashir has been featured in the films Vanity Fair and The Princess Diaries.

RELATED: A Lens on the American Character

Bhindi stocks a luxe collection of gold and diamond pieces, plus traditional Hindu mangalsutra necklaces. The store also carries Spanish Lladro porcelain, some of which portrays deities like Krishna and Ganesha as well as historic figures like Mahatma Gandhi.

After emptying your coffers at Bhindi, treat yourself with an all-you-can-eat spread of vegetarian dishes, dhokla (steamed chickpea flour squares), and carrot halwa (a syrupy-sweet pudding).

If Rajdhani didn’t fill you up, drop by Pioneer Cash & Carry for masoor dal (red lentils), fenugreek leaves, and ghee.