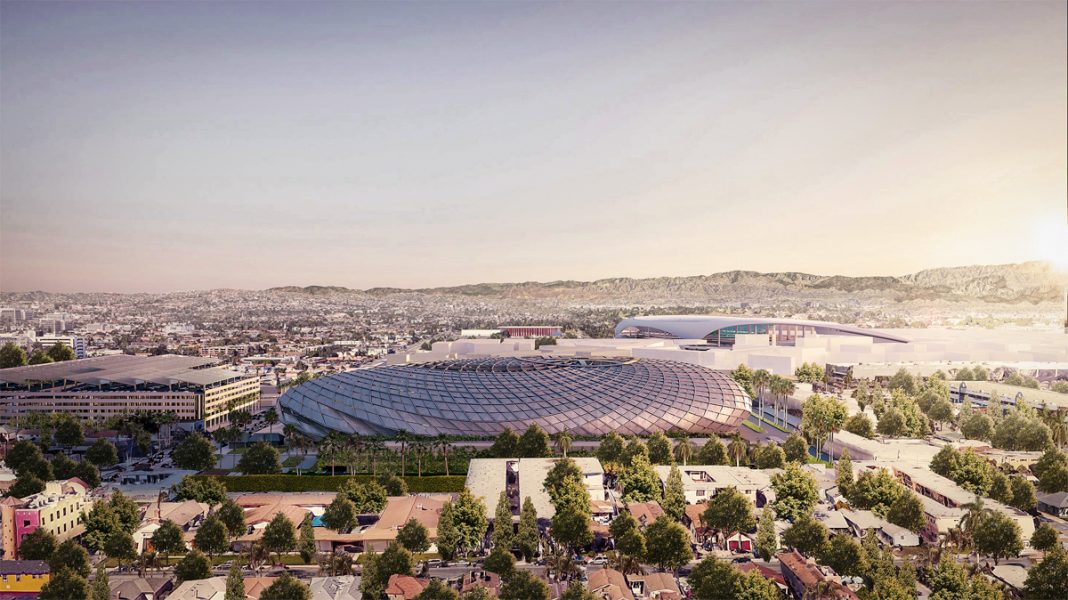 The Inglewood City Council is expected to vote today to authorize the use of eminent domain power to acquire 11 holdout properties to clear space for the future Clippers basketball arena. Once the properties, all located along Century Boulevard near Prairie Avenue, are acquired by the city, officials plan to transfer the plots over to the private developers who are working on the arena project.

Under the terms of the transfer, The Daily Breeze reports, the developers would sign on to a covenant mandating that the parcels always be used for “public use.” Even though the arena is a fully private project, attorneys for the city say it qualifies as “public use” because it offers “access to amusement, enjoyment, and recreation.”

Using eminent domain to clear a path for the arena has been on the table for several years, but city leaders were under pressure not to authorize the power to displace people from homes or churches nearby.

“In my opinion, there will not be any eminent domain proceedings of residential property or of church property,” Inglewood Mayor James T. Butts Jr. told the Los Angeles Times in 2017, responding to activists concerned about a “land grab.”

“As negotiations continue, there will be an opportunity for the City Council to make that clear at some point in the near future. That is not the intent of the project,” Butts added. “I personally will not support the use of eminent domain proceedings to take any residential property.”

According to a report prepared by the Inglewood City Manager’s Economic and Community Development Department, only three of the 11 properties are currently in use, one as a Church’s Chicken location and two as warehouses. The other eight are either vacant structures or lots only used for billboards.

It is not yet clear how much the city will have to pay property owners for the 11 plots. Property value assessments were sent to the owners in late 2020 but have not been disclosed to the public; if an owner rejects offers from the city, it will go to a jury to decide on a price.

Most of the land for the Clippers arena was already publicly owned, a point that has long raised the ire of community activists.

“Inglewood already lacks affordable housing and this project would exacerbate the housing crisis, displacing families, and promoting gentrification. We need to focus on secure housing for working families so that young people can build their family and future in Inglewood,” reads a statement issued by the Uplift Inglewood Coalition. “It simply does not make any sense to prioritize an NBA arena over the needs of Inglewood residents. Public land should be used for the public good, and access to housing is central to building strong communities.”

RELATED: The Clippers Have Purchased the Forum in Inglewood